Save ALL the llamas! 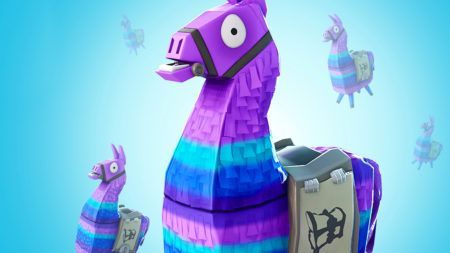 FaZe Clan has partnered with website development platform Wix to help save llamas in need during the ongoing Fortnite World Cup Finals in New York.

Wix will donate US$1,000 to the Southeast Llama Rescue (SELR) for every Loot Llama that is looted by a member of the FaZe Clan Fortnite: Battle Royale team in the Fortnite World Cup.

FaZe has six players who have qualified the Fortnite World Cup under its banner. With Kyle “Mongraal” Jackson, Danny “Dubs” Walsh, Trevor “Funk” Siegler, and Megga competing in the both the Solo and Duos Finals of the event.

The Loot Llama is a supply pinata that was first introduced in Fortnite Patch 3.3, often giving out Shield Potions, healing items, ammo, Traps, and Crafting Ingredients.

The Loot Llama has gained a special place in the hearts of the Fortnite community for its goofy appearance and extreme rarity in games, with only three available in every match.

SELR is a non-profit organization dedicated to protecting the quality of life and improving the well-being of abused, neglected, unwanted and behaviorally unmanageable llamas through prevention, education, intervention, placement, and lifelong care.