The 17-year-old streamer admits to his mistake and is taking accountability for his actions. 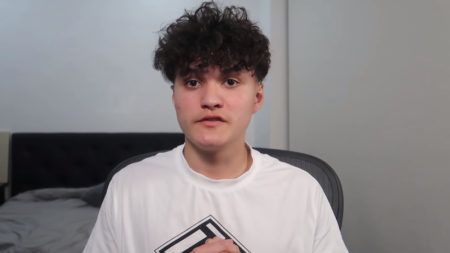 Jarvis “Jarvis” Kaye, a FaZe Clan pro player and Fortnite content creator, has been handed a permanent ban by Epic Games for posting videos of himself using an aimbot cheat on Fortnite’s solo and playground mode queues.

Jarvis addressed the Fortnite community and all his fans in an emotional video on his YouTube channel. He expressed how important Fortnite is to him and that he understood that he had made mistakes and also apologized for his actions.

He also admitted that he should’ve paid more attention to Fortnite’s community rules and its terms of service, which include some swift and harsh rules for players who get caught cheating.

“All I was thinking about while making those videos is how entertaining and, like, interesting these videos would be for you guys to watch. It didn’t even cross my mind I could be banned for life from Fortnite for this,” Jarvis said. He also mentioned that it is his first ban and he’s never used the aimbot cheats in any of Fortnite’s competitive modes.

The Fortnite community as a whole is torn about Jarvis’ lifetime ban. With some saying all players should be treated equally, regardless if they’re a professional player or a famous Twitch streamer. While others think the punishment was way too harsh and are voicing their support for the FaZe Clan member with the #FreeJarvis hashtag on Twitter.

It is also interesting to note that back in June, two Fortnite pros, Damion “XXiF” Cook and Ronald “Ronaldo” Mach, were caught cheating during the Fortnite World Cup qualifiers and only received a two-week ban. The Fortnite community criticized Epic Games at the time for handing out weak punishments to both players.

It could be that Epic Games’ decision to permanently ban Jarvis might be a sign that they’re now going to be stricter moving forward.