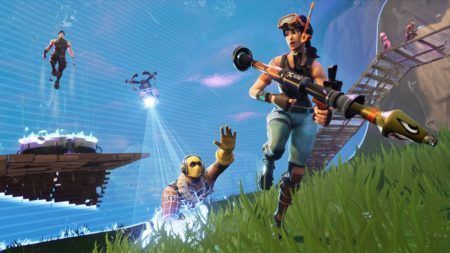 It doesn’t pay to cheat, especially in the new US$30 million Fortnite World Cup.

Fortnite: Battle Royale developer Epic Games announced that a total of 206 players have forfeited their winnings from the tournament — which gave away US$1 million every week — after they were found to have cheated.

Epic revealed their findings in a blog post that addressed the competitive integrity of the game by detailing exactly how many players were caught cheating, what the methods were, and what the respective punishments would be.

A total of 1,163 accounts have been banned for two weeks for circumventing region locks and playing in different regions in order to have multiple attempts at qualifying for the World Cup. The developer revealed that 196 of these players were made to forfeit their winnings, although the amount of money forfeited or whether any of those players actually managed to qualify to the World Cup were not revealed.

48 other players were also banned for seven days for account sharing, likely a result of a player handing their account over to someone else that may perform better than them and win some prize money. Epic revealed that only nine of those that shared their accounts managed to get a slice of the qualifier prize pool but this has since been returned to the developer.

Another eight accounts were also banned for an undisclosed amount of time for teaming — when two players manage to get into the same match and coordinate in order to effectively function as a duo against a lobby of solo players.

Interestingly, only one cheater was given a permanent ban for using actual cheat software, though it was revealed that their account had less than five minutes of total playtime before they were handed the ban. The aforesaid cheater may have been outed by the creator of the cheating software that he used.

Epic has previously responded to the situation in a statement to Polygon, stating that it “monitors all official competitions across a wide range of metrics and all winners are subjected to additional monitoring for various forms of cheating.” It is widely believed that this particular case was what prompted the developer to post its blog on Fortnite’s competitive integrity in the first place.

Lastly, one player was given a 72 hour competitive ban for intentionally disconnecting to avoid giving points to another competitor. Disconnecting during a match is a tactic that is known to have been used by players trying to deny others from gaining points in competitions, as eliminations are usually counted towards their point totals.

“Our primary goal is to support competition that is fun, inclusive, and in line with the overall spirit of Fortnite. Unsportsmanlike conduct from participants is not within that spirit, and will not be tolerated in Fortnite competition,” said Epic in its blog post.

The blog post revealed that Epic relied on user reports in issuing the bans: “This is currently a manual process based off of user reports, but we will be detecting this more widely in the future.”

While catching cheaters is all well and good, doing so through a manual and potentially erroneous process is not exactly reassuring for the World Cup aspirants or the fans. Epic will have to find a more efficient and stringent way to weed out any more cheaters from the qualifiers of its game’s marquee esports event, lest its massive US$30 million event be marred with unwanted controversy.