Virtus.pro add Save- to the roster for Chengdu Major qualifiers

The team is tapping one of the top support players in the EU ladder in order to fill out its new roster for the season. 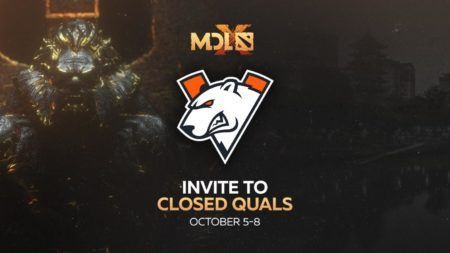 Virtus.pro (VP) has completed its new roster that will compete in the Chengdu Major qualifiers by picking up Vitalie “Save-” Melnic as their position-4 player.

Save- is a relatively-unknown 17-year old player that is currently ranked as the Top 7 support player in the European ladder.

His acquisition is the continuation of VP’s attempts to rebuild its roster around Vladimir “no[o]ne” Minenko and Alexey “Solo” Berezin, following the departures of Roman “RAMZES666” Kushnarev to Evil Geniuses and Pavel “9pasha” Khvastunov for Natus Vincere in the preseason player shuffle, as well as the benching of Vladimir “RodjER” Nikogosyan in anticipation of his transfer to a new team.

While the team chose a veteran in Roman “Resolut1on” Fominok as its new offlaner, VP has began introducing new blood to fill out the lineup. Egor “epileptick1d” Grigorenko, the top-ranked carry player in EU, was previously announced as on trial as the team’s new position-1 player for the Chengdu Major cycle.

Both players are currently listed as stand-ins for VP, but it is expected that they will be integrated into the lineup should the team achieve satisfactory results in either the Major qualifiers or the Major itself.

VP’s new roster will debut in the qualifiers for the Chengdu Major, the first Major cycle of the 2019-2020 Dota Pro Circuit (DPC) season, which will be held from October 5 to 10.