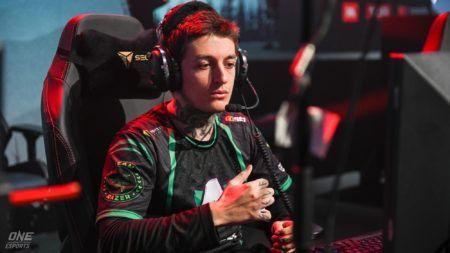 Alliance notably won game one of the series thanks to a dominant performance from Nikolay “Nikobaby” Nikolov on Morphling and an excellent display of the team’s signature Rat Dota split-push tactics.

Both teams looked to take it late to start the series, with Alliance choosing to back up Nikobaby’s Morphling up with Pugna for Linus “Limmp” Blomdin, Nature’s Prophet for Gustav “s4” Magnusson, a support Sand King for Simon “Handsken” Haag, and Witch Doctor for stand-in support player Andreas Per “Xibbe” Ragnemalm.

Alliance had a gold advantage of around 2,000 and control over most of the map after the laning phase. However, both teams still looked like they were on relatively even footing as Na’Vi had the stronger five-man lineup on paper at that point of the game.

Alliance grabbed full control of the game after winning a drawn-out engagement for control of the first Roshan of the game around the 20-minute mark, where Nikobaby notably won a straight-up manfight against Crystallize on low health to decide the outcome of the clash.

With momentum now on their side, Alliance grew their gold lead to over 10,000 by the 25-minute mark and then took down a full set of barracks at bottom lane and the melee barracks at middle lane after 30 minutes.

Despite their huge deficit, Na’Vi took down four Alliance heroes, including Nikobaby’s Morphling, to win a huge fight at the 31-minute mark and force the game to a stalemate. Na’Vi repeatedly ventured out of their base to try and further chip away at Alliance’s lead, but s4 lead a relentless split-pushing effort by his team that slowly wore down their opponents’ defenses.

Despite their best efforts to defend, Na’Vi eventually succumbed to Alliance’s Rat Dota tactics after 46 minutes. Nikobaby ended the game with an excellent 11/1/8 KDA to key a convincing victory for Alliance against their longtime rivals.

Alliance ended up winning game two to secure the series sweep and improve their record to 3-2, while Na’Vi drop to 2-3 and are now in danger of being eliminated after the group stage.

Both teams will continue their group stage campaigns at the ESL One Los Angeles EU-CIS online regional league on April 15, with Alliance taking on Team Secret and Na’Vi going up against Team Spirit.