Players who want shorter queue times in ranked matchmaking must be willing and able to play any role. 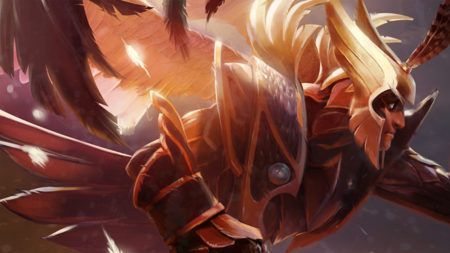 Valve has added a new ‘Fast Queue’ into Dota 2’s Ranked matchmaking system. The updated feature addresses increasing queue times for players, which resulted from a slew of updates rolled out for the game’s new Ranked season.

Players in the Fast Queue will be prioritized by the system whenever they are trying to find matches, but they must first earn their chances to play in the new priority queue.

While you can easily earn a lot of games in the Fast Queue by following these new matchmaking guidelines, you can only store up to 60 of these games at a time.

Valve acknowledged that the introduction of the Ranked Roles system reduced the pool of players that the Dota 2 matchmaker can draw from, with Hard Support players notably always in demand. This led to the drastic increase in queue times for a significant number of players.

With the introduction of the Fast Queue, the developer seems to be incentivizing players for taking on more of the in-demand roles in exchange for shorter queue times.

“The motivation of the Fast Queue is to solve the “roll for mid” problem in a structured way that prevents in-game conflicts, while also providing enough role diversity to enable reasonable queue times,” said Valve in a blog post.

Valve will also focus on finding out whether the Fast Queue is doing enough to improve Dota 2’s ranked matchmaking, as well as making the necessary tweaks as players begin to fully utilize the system. In addition, minor updates to the behavior and report systems are on their way.

The recent series of updates to Dota 2’s matchmaking system are expected to pave the way for the the Outlanders Update, the game’s next major update set to be released in late November shortly after the Chengdu Major.

READ MORE: Dota 2’s Outlanders update to be released after the Chengdu Major