Top 5 plays from the first weekend of action at the WeSave! Charity Play tournament

Even on Hard Support, Sumail still managed a triple kill. 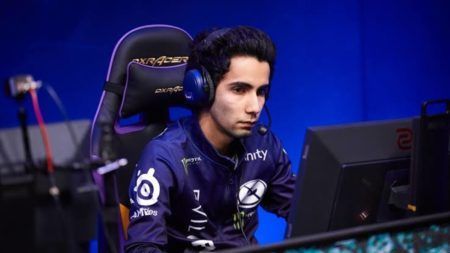 The first two days of the WeSave! Charity Play tournament from WePlay! featured some of the best Dota 2 teams in action. There were amazing individual plays, great team coordination, and clutch saves you need to see to believe.

Here are some of the best highlights from last weekend’s tournament games:

Adroit pulls off an amazing Dire base siege against TNC

Even with two-time TI champion, Anathan “ana” Pham, subbing in for Kim “Gabbi” Villafuerte due to internet issues, Team Adroit still managed to find a way to defeat their fellow Filipino squad.

OG gave their players the freedom to switch positions during the tournament, and Sumail “Sumail” Hassan decided to swap roles with Johan “N0tail” Sundstein.

With his team behind, Sumail was able to secure three Team Liquid kills on Snapfire.

Michael “miCKe” Vu charged straight into the enemy Radiant base with the rest of his teammates still in the bottom lane. But, his Bristleback was able to regroup with his team, and Tommy “Taiga” Lee landed a game-ending Echo Slam that forced OG out of the tournament.

Bulba gets an Ultra Kill against Business Associates

Abed “Abed” Yusop and Roman “Ramzes666” Kushnarev were unable to join the charity tournament because both players are in different regions. Instead, Eric “Ryoya” Dong and Kanishka “Bulba” Sosale filled in the middle lane and offlane positions.

Bulba was then able to secure a surprising Ultra Kill on his Darkseer hero, who isn’t really a damage dealer. At the end of the team fight, his fellow stand-in Ryoya stole what would have been Bulba’s hard-earned Rampage.