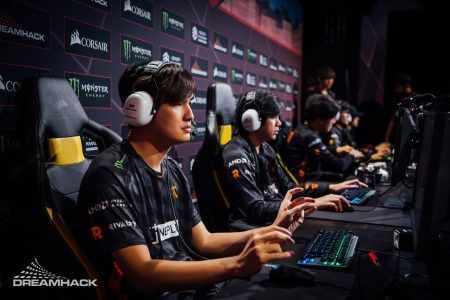 The ESL One Los Angeles Online Southeast Asian tournament has concluded with Fnatic besting their SEA rivals after a rocky start in the group stage.

Here’s a look back at the five best plays from the tournament.

On the first day of the competition, BOOM Esports upset Fnatic in the first match of the tournament with an unbelievable Ember Spirit performance from Rafli Fathur “Mikoto” Rahman.

In the third game of the series, Mikoto demolished Kam Boon “Moon” Seng’s Monkey King by using his Sleight of Fist ability that baited the Boundless Strike stun, then dodged it with a perfectly placed Fire Remnant.

On the second day of the SEA group stage, Geek Fam’s Kenny “Xepher” Deo baited the entire BOOM Esports squad with a stolen Surge he got from Saieful “Fbz”Ilham’s Dark Seer.

This caused the entire Dire squad to over-commit, letting Karl “Karl” Jayame’s Pangolier punish them with his Rolling Thunder ultimate in the middle lane.

Before Fnatic and Adroit faced each other in the Grand Finals, they met in the group stage where Adroit upset Fnatic 2-1.

In the second game of the series, Marvin “Boomy” Mushton was able to save his hard carry players, John Anthony “Natsumi-” Vargas, with an Echo Slam that stunned Moon and Nuengnara “23savage” Teeramahanon, winning the fight for his team.

In the Grand Final match between Fnatic and Adroit Esports, Djardel “DJ” Mampusti dropped a devastating three-man Echo Slam on the Dire team after Daryl Koh Pei “iceiceice” Xiang baited them with his isolated Necrophos.

After losing two of their heroes to Geek Fam, BOOM decided to retreat. With Fbz constantly surging Dreamocel away from the enemy team, BOOM caught Geek Fam in a disadvantageous position. This gave Dreamocel the opening he needed to drop massive amounts of damage with his God Strength ultimate.