“CEEEEEEEEEEB gets the RP of his lifetime” 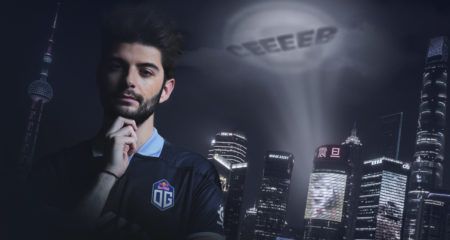 The Gamers Without Borders Dota 2 charity tournament has concluded, with Team Secret sweeping Natus Vincere in the Grand Final and dominating another online tournament.

All eight teams worked hard for the chance to secure a cut of the US$1.5 million prize pool for their chosen COVID-19 charity foundations, but now that it’s over let’s take a look at the five best plays from the tournament:

5. Zai baits Alliance and helps Nisha get a Triple Kill

With Alliance’s heroes overextended, Michal “Nisha” Jankowski on Queen of Pain quickly teleported to the bottom lane and secured himself a Triple Kill that gave Secret an early game advantage.

4. Miracle’s Ember Spirit gets a Rampage against OG

Nigma and OG faced off in one of the opening quarterfinal matches of the tournament. In the second game of the series, Nigma’s star carry, Amer “Miracle-” Al-Barkawi, secured an impressive Rampage in the bottom lane after OG ran out of steam in a long teamfight.

Miracle- masterfully used Ember Spirit’s Sleight of Fist, Searing Chain abilities, and Fire Remnant abilities to control OG’s heroes and take them all down by himself.

3. SaberLighT- snatches the Aegis of the Immortal away from Secret

In the quarterfinal matchup between Ninjas in Pyjamas (NiP) and Secret, NiP offlaner Jonas “SabeRLighT-” Volek on Void Spirit surprised everyone by snatching away the Aegis of the Immortal with a well-timed Astral Step.

With the Aegis safe in their hands, NiP’s heroes immediately followed SabeRLighT- into the Rosh Pit to take a bonus kill on zai’s Dragon Knight.

With both Secret and Alliance one game away from advancing to the Grand Final, Secret Position 4 support Yazied “YapzOr” Jaradat reminded everyone why he is one of the best Rubick players in the world.

In a huge fight by the river, YapzOr used his Ghost Scepter to save himself from the Omnislash of Nikobaby’s Juggernaut then turned around to steal his Blade Fury ability. With the magic immunity provided by Blade Fury, YapzOr avoided an Ice Path from fng and then stole the spell immediately after. YapzOr stunned two Alliance heroes with the stolen Ice Path twice, which allowed Secret to walk away from that fight as the victors.

Sebastien “Ceb” Debs showed he has not lost the skills that allowed him to become a two-time International champion in the first game of OG’s quarterfinal match against Nigma.

After a missed gank attempt by OG on Maroun “GH” Merhej’s Earth Spirit, Nigma counter-attacked and was close to taking down Yeik “MidOne” Nai Zheng’s Kunkka. However, Ceb on Magnus found the right moment to reveal his Blink Dagger and used his Reverse Polarity ultimate to catch four Nigma heroes and win the fight for OG.