The best Fantasy players in TI9 will determine the All-Star rosters this year. 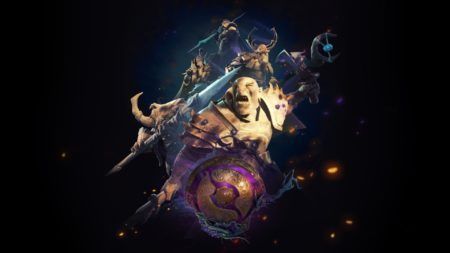 The All-Star Match at The International 2019 (TI9) taking place in Shanghai will now be based on Fantasy Points rankings from the Dota 2 Fantasy Challenge.

The Fantasy Challenge is a Compendium feature included in the TI9 Battle Pass, with owners earning points based on certain stats, such as the number of kills or creep score from a pick of five chosen players competing at TI9.

The top ranking players in the Fantasy Challenge will then compete in All Random Death Match (ARDM) game mode, announced Valve. In ARDM, players are given a random hero at the start of the match and a new one whenever they die until the pool of available heroes is depleted and the last team left standing wins.

While previous TI All-Star rosters were mostly determined by fan votes, this year battle pass owners can choose a favorite player for the Fantasy Challenge that will earn double the points to boost their rankings for an All-Star bid.

After Day 1 of the TI9 Group Stage, the top-ranked Fantasy players are TNC’s Nico “eyyou” Barcelon for the support role with 116.9, PSG.LGD’s Wang “Ame” Chunyu for the core position with 104.2, and his teammate Lu “Somnus丶M” Yao for mid-laners with 100.9, according to the Dota 2 Fantasy Tracker.

The TI9 All-Star Match will be held before the matches start on Day 4 of the Main Event on August 24.