The first upset of the TI9 Main Stage sees Peruvian squad take down one of the three direct invite teams from China. 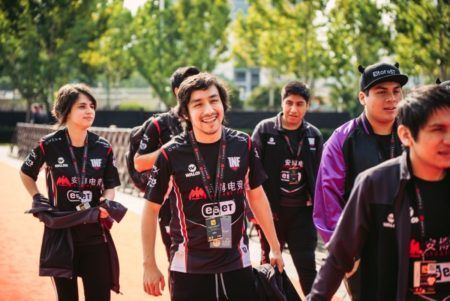 South American team Infamous keep their TI9 dreams alive with a thrilling upset over Chinese team Keen Gaming in the first round of the Main Event Lower Bracket.

Both teams were content to sit on their lanes and farm during the early game, but Keen came out of top as they were the first to successfully make aggressive moves around the map and slow down Hector.

But Infamous were able to make space for Hector to catch up, which let them contest Keen’s attempts at taking objectives around the map.

With Keen on the back foot, Infamous won a massive teamfight in the Rosh pit that let them take the Chinese team’s mid barracks. With the South Americans bearing down on their top set of racks, Keen mounted a desperate defense but they were ran over and eventually forced to call GG.

Keen Gaming is the first Chinese team to fall before their home crowd, bowing out at 13th-16th place with over US$500,000 as consolation.

Infamous has now become the first South American team to advance beyond the first round of TI, which is a huge feat both for the team itself and the whole South American Dota scene. They will be facing the loser of the Upper Bracket match between OG and Newbee in Day 2 next.