In one of the most crucial matches of the Group Stage, VP stepped up while Fnatic crumbled. 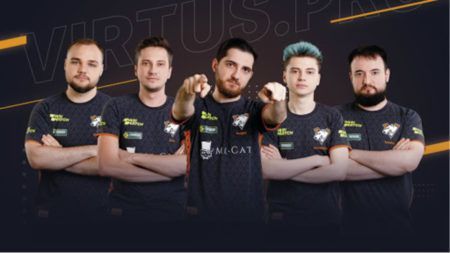 With an Upper Bracket spot in the Main Event at stake, Virtus Pro (VP) recovered from their shaky form from the first three days of the Group Stage to sweep Fnatic 2-0.

Game one saw Fnatic build an early lead with a lot of kills, but most of those were on Vladimir “RodjER” Nikogosyan who took on a sacrificial role as a support Elder Titan to make space for Roman “Ramzes666” Kushnarev on Slark and Vladimir “No[o]ne” Minenko on a mid Invoker to come online.

Once VP’s cores were ready to fight, however, they were able to repel Fnatic’s forays into their base and eventually turn the game on its head.

Despite their best efforts, Fnatic could do little against VP’s onslaught. The Russians eventually found their opportunity to break into their opponent’s base to force the GG call.

Fnatic still had a chance to claim the Upper Bracket spot by winning the second and ran a tri-core of Wraith King for Anucha “Jabz” Jirawong, Puck for Abed “Abed” Azel L. Yusop, and Mars for Daryl Koh “” Pei Xiang to that end. VP opted to put Ramzes666 on Dragon Knight and no[o]ne on Storm Spirit, with on support Lina to provide additional damage.

Both teams traded kills throughout the map in the early game, with Fnatic coming out on top in those exchanges. They were then able to turn that advantage into a successful push up VP’s bottom lane barracks, with victory seemingly imminent.

When Fnatic turned to take VP’s mid lane barracks however, VP found an opening to turn the game around courtesy of a huge three-man stun by Rodjer’s Lina. Fnatic tried to regain their lost advantage, but VP were already snowballing by then.

With VP bearing down on their base, Fnatic tried to mount a valiant defense but were eventually overpowered by their opponents and forced to concede the series and the precious Upper Bracket berth.

Fnatic will start the Main Event from the Lower Bracket, which begins with a treacherous best-of-one in the first round — a fact they will surely bemoan when they had an Upper Bracket slot well within reach.

While VP not had the performance they were expecting in the tournament so far, getting to the Upper Bracket gives them a chance to correct all that and make a run at the championship.