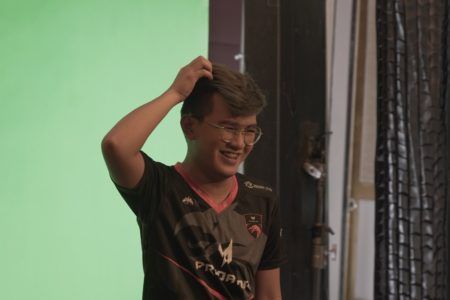 TNC Predator certainly showed their strength in their first game of the best-of-two series against Chaos Esports Club.

Game one started off with an awesome team-up from Chaos’ Lasse “Matumbaman” Urpalainen’s Lone Druid and Milan “MiLAN” Kozomara’s Earthshaker, who ganged up on TNC’s Armel “Armel” Tabios’ Templar Assassin in the mid-lane resulting in a first blood.

Chaos did well during the early game, but TNC was able to turn around the situation with TNC Kim “Gabbi” Villafuerte’s insane Sven plays.

Sven’s Storm Hammer landed on Chaos Matumbaman’s Lone Druid and Chaos MiLAN’s Earthshaker, stunning both, before mowing them both down and Phoenix for a triple kill.

The second half of the series proved to be a slow and close match between the two teams, with TNC and Chaos passing gold leads as high as 30,000.

Despite having Mega Creeps, TNC just couldn’t figure out how to take down Chaos’ Ancient and Chaos managed to take a few pick offs to get TNC’s barracks and get Mega Creeps as well. Chaos then proceeded to hit the tier four towers and then destroy TNC’s Throne after one hour and 40 minutes.