Both Mineski and Alliance finished Day 3 of TI9 with 7-7 records. 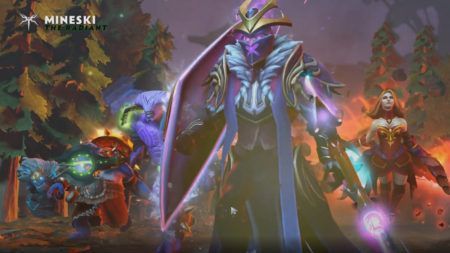 Mineski and Alliance looked to finish strong on their third day at TI9, and, as a result, they both managed to win a game.

The first game between Alliance and Mineski was completely one-sided. Alliance went with a questionable Clinkz pick against Mineski’s tanky Wraith King and Death Prophet cores.

Alliance could not dish out enough damage to take down any of Mineski’s heroes. As a result, they quickly lost all of their barracks and were eventually forced to tap out of the first game.

The next game had a lot more exciting moments from start to finish.

Both teams heavily relied on big team fight ultimates to get them the win. And, at the beginning, Mineski’s Nikolay “Nikobaby” Nikolov on the Faceless Void was able to carry his team during clashes.

Alliance’s counter ultimates were the key factors in game two. When Faceless Void cast Chronosphere, Michael “Micke” Vu’s Naga Siren was able to stop it with a Song of the Siren.

Mineski tried to counter Tommy “Taiga” Le’s Black Hole by casting Global Silence. But it didn’t work, since Taiga already had a Refresher Orb so he just cast the ultimate again.

After a convincing team fight outside the Roshan Pit, Alliance gained complete control of the match and took down the enemy Radiant Ancient a few minutes later.