Newbee came back from being down mega creeps in game one, but Alliance shut them down in game two. 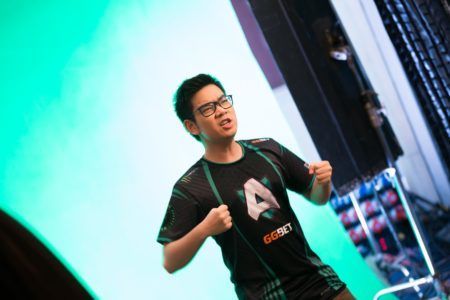 Alliance outdrafted Newbee in Game one by countering their Gyrocopter pick for Quinn “CCnC” Callahan with Michael “miCKe” Vu signature Morphling. While miCKe predictably had a dominant laning stage and CCnC suffered horribly, Yawar “YawaR” Hassan on Antimage took over for Newbee by having Battle Fury and Power Treads at just 12 minutes with an unstoppable streak to boot.

While Newbee were still able to hang with Alliance during clashes, a crucial pickoff on CCNC led to Alliance destroying two of their barracks. A later attempt by Newbee to catch their opponents off-guard ended horribly with YawaR the only one left standing. Even as Alliance got Mega Creeps, YawaR was able to hold them off long enough to give Newbee the chance to turn things around.

YawaR would later pick up a Divine Rapier to better handle Alliance’s onslaught, which also gave CCnC enough space to get a rapier of his own to complete Newbee’s comeback. With Alliance unable to contain the Antimage, Newbee was able to seal the deal and walk away from game one with the win.

Alliance fielded miCKe’s Morphling again in game two, this time with Tommy “Taiga” Le on Dark Willow for him to copy while Newbee picked a core duo of Alchemist for YawaR and Leshrac for CCnC.

Alliance shut down YawaR and CCnC’s lanes, but the two were able to catch up with the shades of their game one comeback still looming on their opponents. Alliance was determined not to let that happen again it seems, as they essentially trapped Newbee in their own base with multiple pickoffs across the map.

With the window for another Newbee comeback quickly closing, Alliance took care of business properly this time and forced the series to a draw.

Both squads are now at a 5-5 overall record and remain in the middle of the pack of Group A.