NiP’s Ace and Fnatic’s Abed each carried their teams to victory. 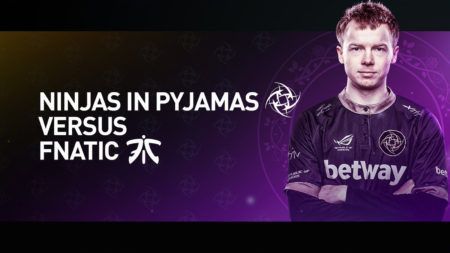 Day two of the group stages for The International 2019 has just begun, with Ninjas in Pyjamas taking on Fnatic.

Fnatic looked poised to take the first game. The Southeast Asian squad’s core heroes of Shadow Fiend and Naga Siren managed to get ahead of the enemy Alchemist in terms of gold. As a result, NiP lost early stages of the game.

But after some botched tandem ultimates from Anucha “Jabz” Jirawong and Abed “Abed” Yusop, NiP found their way back into the game and Marcus “Ace” Christensen’s Alchemist started to take over.

With NiP so far ahead on gold at the late stage of the game, Fnatic struggled to take down the opponent support heroes.

And after losing some more team fights, NiP ran into Fnatic’s base and took down the Radiant Ancient.

The second game was far more one-sided. NiP had no way of dealing with Abed’s Medusa who was able to farm a Manta Style, Eye of Skadi, and a Butterfly 30 minutes into the game.

Shortly after that, it was all over with Fnatic cruising to an easy victory.