RNG tried their best but failed to hold out against the best Chinese team in the tournament. 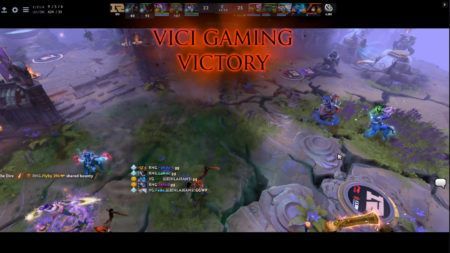 Screenshot by ONE Esports

The battle between two Chinese teams saw a drawn-out first game with both teams unable to secure a decisive advantage. There were plenty of great moments, but Vici Gaming managed to slowly build up a lead.

Even then, RNG’s careful play kept them in the game, but after one massive team fight, Vici Gaming was able to outplay the buybacks from RNG to finally take game one.

RNG seemed to have lost their way in the second game, with Vici Gaming’s late game draft getting an early lead instead. With VG ahead by 3,000 gold just 12 minutes into the game, it was all but over for RNG after a disastrous team fight. In the end, Vici Gaming took the series 2-0.