It’s the “Heen effect,” as TNC fans would say. 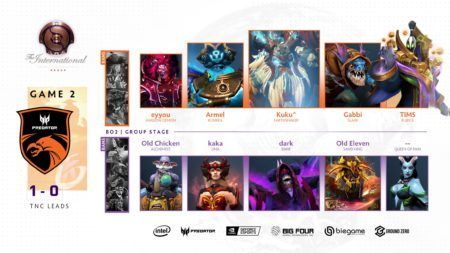 Southeast Asia hopefuls TNC Predator wowed everyone with their late game play on the first day of theDota 2 The International 2019 group stage.

In the first game Chinese team, Keen Gaming, made a few mistakes, which gave TNC the opportunity to attack.

In this clip, KG Wang “Old Chicken” Zhiyong’s Lifestealer infested KG Zhai “一” Jingkai’s Ember. The two got caught into a cyclone, which resulted in a double kill for TNC.

The first game went to TNC Predator after Keen Gaming called GG, 53 minutes into the game.

However TNC’s impenetrable high ground defense held up and the Filipino team was able to push up to the Radiant side, making Keen Gaming call GG for the second time.