Jump Force has got nothing on this. 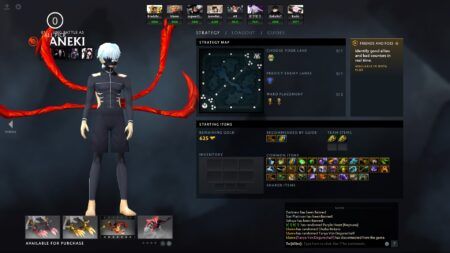 Dota 2’s Arcade feature has let fans around the world get experimental with their own takes on the world-renowned MOBA. There’s are tower defense modes, auto battlers, and even a 12v12 game, but one that truly stands out from the rest is Dota 2 Anime.

Anime turns Dota 2 into an otaku’s dream strategic fighting game. Omitting the entire base concept from the game mode, players can choose from a stacked roster of 64 anime/JRPG characters and fight to the death on various custom arena maps. 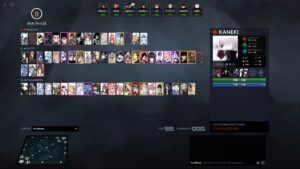 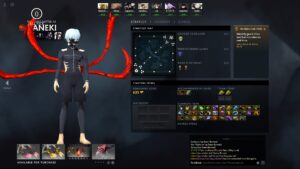 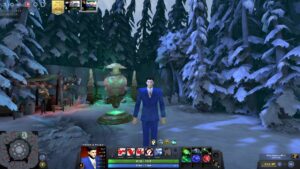 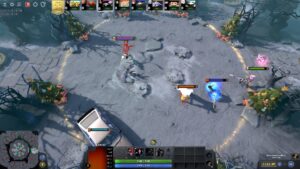 The roster contains some of anime’s most iconic characters.

You have the more contemporary picks of Itachi from Naruto, Gon from Hunter x Hunter, and Monkey D. Luffy from One Piece while also having more cult classics like the AE86 from Initial D (yes, the car) and Guts from Berserk. Keep in mind that there are ten overpowered JoJo’s Bizarre Adventure characters including the legendary Joseph Joestar so make sure not to approach them.

You’ll also have a few memorable JRPG characters in the mix, including Noel Vermillion from BlazBlue, Phoenix Wright, and a few members from Hyperdimension Neptunia.

While the default map is a 10-player free-for-all, you and your friends can group up and create some shonen-like comebacks in the team modes of trios, quads, and five-stacks.

Just like the usual Dota set-up, all characters will have a crafted set of skills that will aid them in battle. Though I expected the moves to be just copy-cat moves from other heroes in Dota, most of the roster have some very unique moves that pay homage to the actual character. For example, Joseph Joestar has the ability to reload his tommy gun while Phoenix Wright can object opponents for some magic damage and find clues to power his skills.

Contrary to Dota 2, Anime amps up the gameplay with a lot more money, items, and experience. Once you’ve all hit level six, the arena becomes a war zone for whoever wants to become the uppermost weeb. To win a game of Anime, you and your team must either hit the top kill score or stay on top for the remainder of the game.

While this may seem easy once you’ve surpassed your opponents, your death can instantly bring a runner-up squad to the top with an increased ‘yen’ and EXP bounty on your head.

Aside from the anime characters, players are also treated to anime items such as Ryuko’s Red Scissor Sword and Joseph Joestar’s Hamon. Though it may be confusing to navigate through the item inventory in general, it’s fairly easy for a newbie to stack some weird combo items like RSS and Abyssal Blade to obliterate everyone on the map.

With a small niche player base under its banner, Anime deserves more praise for its innovation and creativity in bringing beloved Anime characters into a Dota 2 setting. If you’re an anime fan like me, then it’ll be definitely worth your time to drag a few friends into a chaotic lobby of Anime.

For more information about Anime, you can check out the creator’s Patreon page.