The 10 most amazing plays from the WePlay! Bukovel Minor

The top 10 highlights, clutch plays, and comeback victories that made this DPC Valve Minor event unforgettable. 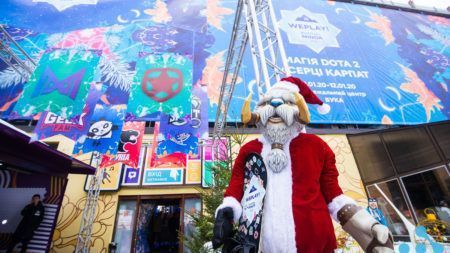 The first DPC event of 2020 has concluded with Team Nigma making another incredible Lower Bracket run to win the WePlay! Bukovel Minor.

The tournament was also the first DPC event played on the new 7.23f patch, and there were plenty of surprising plays, amazing comebacks, and unbelievable individual plays from the event.

Miracle- gets an Ultra Kill

In this clash between Nigma and Fighting PandaS in the Group Stage, Amer “Miracle-” Al-Barkawi’s Ember Spirit caught three Fighting PandaS when he decided to use all of his Fire Remnants to join the team fight.

He then dodged the enemy Shadow Fiend’s Requiem of Souls ultimate with his Sleight of Fist and proceeded to take down four Dire heroes to secure his Ultra Kill and Beyond Godlike killstreak.

In this Group Stage game between Team Spirit and NiP Igor “iLTW” Filatov’s Slark found himself isolated after being Eul’s Sceptered.

This set up an easy Chronosphere for Nico “Gunnar” Lopez that should’ve been certain death for iLTW, but Mikhail “Misha” Agatov came to the rescue and timed his Relocate ultimate perfectly to save his carry and hunt down the rest of NiP’s heroes.

In this Group Stage match between Team Spirit and NiP, iLTW dived into the enemy Shrine. This gave Peter “ppd” Dager the perfect opportunity to cast his Chain Frost ultimate.

With iLTW on the verge of death, Alexander “Immersion” Hmelevskoy jumped in and caught four NiP heroes with a huge Echo Slam that helped his team take control of the game.

Royal Never Give Up outclassed Geek Fam in two quick and easy games to advance to the Grand Finals of the tournament.

Their hard carry, Du “Monet” Peng even chased Geek Fam’s heroes into their own Fountain to get this Rampage.

Nigma waits for the Aegis to expire on Storm Spirit

In this Group B game, Nigma managed to pick off the Fighting PandaS heroes one-by-one in the middle lane.

The team even waited for the Aegis of the Immortal to expire on Jonathan “Bryle” De Guia to make sure his Storm Spirit wouldn’t be able to respawn and escape.

In this Group B game, the Fighting PandaS were down to their last barracks and were trailing with a 17,000 gold deficit, but after successfully defending their base against Nigma, David “MoonMeander” Tan caught the retreating team with a clutch Overgrowth ultimate leading to multiple kills.

With Nigma reeling, Fighting PandaS charged into the Dire base and stole victory.

In this Group B game, the Fighting PandaS decided to run into the Radiant side of the map without any Wards or forward vision.

This ended up proving costly as Nigma’s KuroKy was able to cast his Chain Frost ultimate on them, which ended up bouncing 11 times on the Fighting PandaS heroes.

In this Upper Bracket Quarterfinals game, RNG tried to take down the Radiant tier-one Tower, but Nigma rotated all of their heroes to defend it.

After forcing RNG back, Nigma decided to pursue them and Su “Flywin” Lei caught Aliwi “w33” Omar’s Huskar with a Duel.

w33’s Huskar dropped as low to 46 health points, but he was able to Armlet toggle through RNG’s attacks and survive.

In the Upper Bracket Final game three, RNG were in complete control of the game with a 16,000 gold lead.

But after a prolonged team fight, both Gao “Setsu” Zhengxiong and Monet’s heroes were taken down. They immediately burned their buybacks unnecessarily and a few moments later, Geek Fam managed to eliminate RNG’s two key heroes to pull off an amazing comeback win.

In the Lower Bracket Final, Geek Fam clashed with Nigma in the tap lane, eventually getting the upper hand and forcing Nigma to retreat.