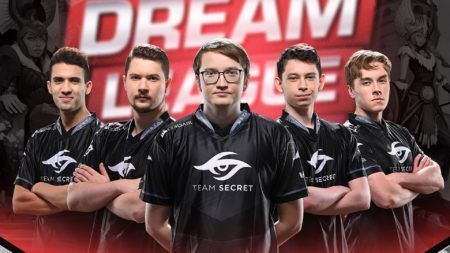 After taking down two Team Secret heroes, VG decided to use their Aegis of the Immortal advantage and push into the Radiant base.

VG decided to continue playing aggressively despite not having buybacks. They then tried to take down Matumbaman’s Slark with a Duel attempt from Yang, but it was quickly countered by Team Secret. VG’s offensive strategy cost them the first game of the series.

READ MORE: DreamLeague Season 13: The Leipzig Major: Everything you need to know