See what goes into making your Dota 2 viewing experience as in-depth and enjoyable as possible. 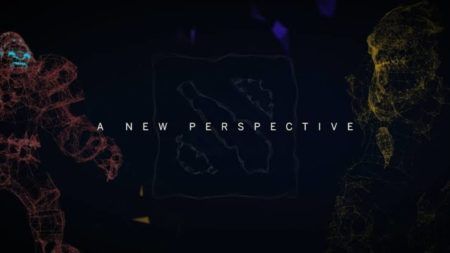 SAP Esports latest documentary, “A New Perspective”, sheds light on the crucial, yet often overlooked that observers play in the esports matches that we all love to watch.

The documentary follows Dota 2 observers Jonathan “PimpmuckL” Liebig, Johan “Weppas” Westberg, and Rikard “Skrff” Holm Melin as they give a behind-the-scenes look at how observers work in tandem with casters to not only show the action in a given game, but to also craft a narrative for it, and present it to the audience.

Observers in esports have become an important role in the production and broadcast of a match as esports continues to grow. During the early days of esports, it was primarily the job of the caster to both observe and provide commentary on a match — which frequently led to kills and other important events in-game being overlooked.

Having observers in place help to smooth that entire process, letting casters provide better commentary while being able to showcase more of the action in a game.

Of course, the job of an observer goes beyond that, as the documentary shows. Games such as Dota 2 are often filled with a myriad of player choices, statistics, and other information that a caster doesn’t usually mention or stuff that the audience aren’t easily able to see.

This can consist of stuff such as pick ratings or hero preferences for teams during drafts and net worth indicators, or even displaying hero movement trackers in-game to help significantly improve the viewing experience.

While SAP has long been involved in sports through performance tracking and management for athletes, it entered esports only last year with a three-year sponsorship deal with The International 2017 (TI7) champions Team Liquid to co-innovate on in-game data analysis to improve player and team performance.

SAP also partnered with ESL to debut information and analysis graphics for audiences during ESL One Hamburg 2018, later partnering with the PimpmuckL-led “Layerth” project at ESL One Katowice 2019.

Observers have a crucial albeit almost thankless job in esports, and to have a glimpse into their work gives a newfound appreciation of the esports viewing experience we have today. Still, don’t forget to spam “TTours” in Twitch chat every time they miss a kill.