NiP are off to a good start with their new roster. 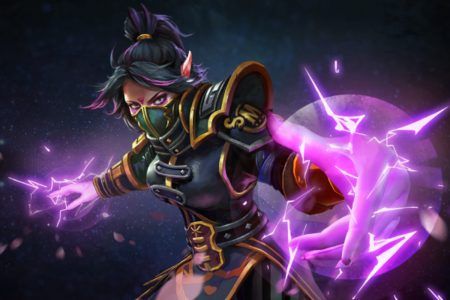 Ninjas in Pyjamas (NiP) defeated OG.Seed, 2-1, in their opening match of the WePlay! Pushka League group stage, capping off the debut of its new roster with a convincing win.

After NiP won a closely-contested opener, OG.Seed struck back hard and dominated them in game two to send the series to a decider with momentum on their side.

OG.Seed looked to take things in the midgame with a tri-core of Gyrocopter for Omar “Madara” Dabachach, a carry Nature’s Prophet for Rasmus “Chessie” Blomdin, and Timbersaw for Andreas “Xibbe” Ragnemalm. Zakari “Zfreek” Freedman was put on a support Clockwerk, and Petu “Peksu” Vaatainen on Keeper of the Light to back up their cores.

NiP countered with a glass cannon carry duo of a carry Silencer for Charlie “CharlieDota” Arat and Templar Assassin for Supream^, while Jonáš “SabeRLight-” Volek was put on Bristleback to man the front lines. The support duo of Adrian “Era” Kryeziu on Rubick and Akbar “SoNNeikO” Butaev on Lion provided teamfight control for the team.

OG.Seed heavily pressured Charlie and SabeRLight- early, but could not stop Supream^ from snowballing and leading NiP to win the key fights heading into the midgame. In a huge fight for Roshan at the 22-minute mark, Supream^ notched an Ultra Kill and a whopping 13-kill Beyond Godlike streak to claim the Aegis for himself and cement his team’s lead.

The aggressive NiP didn’t let up as they took over much of the map and confined OG.Seed in their base with some audacious dives. That only helped Supream’s Templar Assassin grow so powerful that he was able to take down Peksu with just one attack to help NiP take down their opponents’ middle lane barracks at the 31-minute mark.

Despite their huge deficit, however, OG.Seed was still able to defend their barracks at the bottom lane and take down Supream^ to hang on.

Despite taking down Supream’s Templar Assassin, OG.Seed threw away whatever chances they had for a comeback when three of their heroes were caught and picked off. That gave NiP the opportunity to close out the game and the series after 39 minutes of action.

Supream^ finished with, well, a supreme KDA of 22/1/6, while Charlie added 14 kills of his own to power the new NiP squad to a victorious debut.

NiP will continue their group stage campaign at the WePlay! Pushka League on April 24 against Team Liquid, while OG.Seed will next face off against Team Secret on April 26.