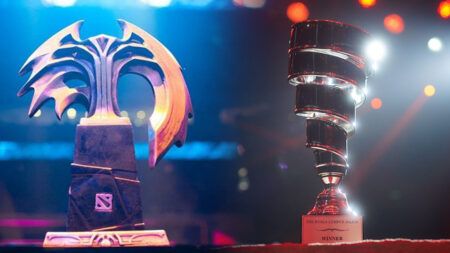 21 Dota Majors have been played since the very first Major was played back in November 2015. Out of those 21 Majors, 12 have been hosted in Europe, six in China, two in South East Asia, and only one in North America. The upcoming Singapore Major will mark Dota’s 22nd Major and the third hosted in SEA.

The last time a Major was held in SEA was the Kuala Lumpur Major in 2018, and before that, it was the Manila Major in 2016. Join me for a stroll down memory lane as we look back at what happened at SEA’s previous Dota Majors.

You thought that was impressive? To this day, fans still reminisce of the legendary Manila crowd who frequently overshadowed even the casters during main stage matches. Later on during the main event, event organizers PGL had to lower the volume of the crowd mic because it was so deafening! Turn down your volume before watching the clip below, you’ll thank me later.

The Major also stands out for a few moments that will go down in history as some of the greatest to ever happen in the Dota 2 esports world. First up, the world learned of Djardel Jicko B. “DJ” Mampusti’s fabled Enigma whose devastating Black Holes knocked Chinese powerhouse LGD down to the lower bracket.

Dota will return to SEA with the ONE Esports Singapore Major presented by PGL. The Singapore Major will feature 18 of the best teams from around the world, and will be the first Major broadcast in glorious 4K resolution at 60 fps.

Be sure to bookmark this page for the latest updates and information on the Singapore Major, including participating teams, schedule, tournament format, and more.