Reality Rift’s Hustla: ‘We’re going to show some good Dotes for the fans’

Can you guess which hero Hustla loves to play? 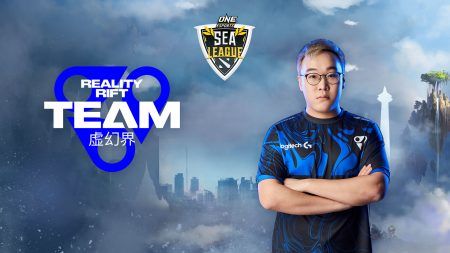 Ravdan “Hustla” Narmandakh is a talented support player who plays for Reality Rift and has greatly improved his skills in this year’s Dota 2 season.

Hustla caught up with ONE Esports to talk about how he started his Dota 2 career, competing online, and his expectations for the ONE Esports Dota 2 SEA League.

ONE Esports: Could you tell us the story of how you got into competitive Dota 2?

I started playing Dota six years ago. In the last year or two, I decided to go pro. And, last year, Reality Rift picked me from my pub game performances. I played a few games with them, then they decided to have me join. They were looking for a Position 4 player [at the time].

Your team, Reality Rift has been competing in multiple online events this year with mixed results. How do you feel about the team’s performance lately?

Because of the COVID-19 pandemic, all your matches are played online. What are your thoughts on competitive online matches?

At the very least, I’m happy to [still be able to] compete in tournaments, even under lockdown.

Does playing online constantly have an effect on the team’s performance?

For me, not really. It’s like — you’re still playing a lot of games. And [playing] online is just more stressful. [Whether you win or lose,] it’s the same thing.

Valve has announced they’re moving forward with regional league competitions for the DPC. Do you agree with this competitive Dota 2 format?

Of course, I prefer the old format. But as a player, I don’t really care that much. Because you start to care about that only if you’re in the top 3 teams.

Which teams are you excited to face in the SEA League? And are there any players you’re looking forward to going up against?

How do you expect Reality Rift will do in the tournament?

Is there any team outside of the SEA you would want to go up against in the future?

I watch Team Liquid’s games, and I’m excited to play against them. They’re really strong now.

As a support player, do you have a favorite hero to play?

I like to play Rubick, and I’m down to play this hero in every single match.

What are your thoughts on the current state of the Dota 2 meta right now? Are there any heroes you would like to be nerfed or buffed?