The Ninjas in Pyjamas captain recently debated what should happen if Chinese teams are unable to play at the LA Major. 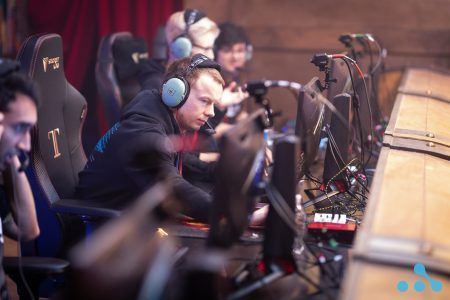 With the LA Major starting next month, the issue of whether the Chinese teams will be able to participate or not has been a hot topic of conversation.

The US currently has a travel ban on all flights from China due to the Wuhan coronavirus (COVID-19) outbreak.

The first topic of conversation revolved around who if anyone should replace the Chinese teams if they’re unable to play.

“If the Chinese teams don’t get in, who do you try to bring in?… Regardless of who you bring in, the integrity of the DPC is totally ruined” said ppd.

Ppd then suggested that Valve should “remove DPC points entirely from the Los Angeles Major” so that the Chinese teams aren’t penalized for missing it, and won’t miss out on a chance to qualify for TI10.

He suggested that some Chinese teams could opt to go to Thailand for an incubation period just to make sure they don’t have the coronavirus, as Thailand does not currently have a travel ban against China.

Valve has not made a public announcement on how they plan on having the Chinese teams participate in the third Major of the DPC season.