Neon and BOOM deal tournament favorites Fnatic and Geek Fam their first losses of the tournament. 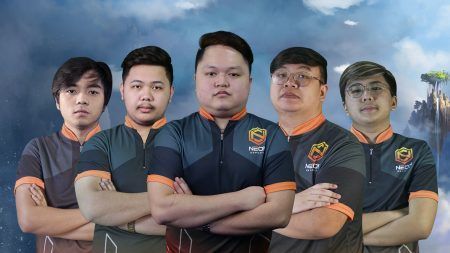 The action at the ONE Esports Dota 2 SEA League continued on Day 3 of Week 2, with both of the day’s matches ending in ties. BOOM Esports dealt Fnatic their first loss of the tournament, while Neon Esports spoiled Geek Fam’s debut in the shortest game of the league by far.

Fnatic opened their series against BOOM Esports with a four-protect-one strategy headlined by a Spectre for Nuengnara “23savage” Teeramahanon. They were able to control the game from the get-go thanks to another commanding performance by Kam “Moon” Boon Seng on Queen of Pain.

Fnatic took a convincing victory in game one after 30 minutes, with Moon finishing with a clean 9 kills and 27 assists while 23savage added 8 kills of his own against two deaths.

BOOM bounced back in game two with a four-protect-one strategy of their own headed by an Alchemist for Rafli Fathur “Mikoto” Rahman, with Randy “Dreamocel” Sapoetra on Ember Spirit as the secondary core.

BOOM’s strategy worked to perfection, as Mikoto’s Alchemist was virtually uncontested throughout the game as he led his team to a 32-minute victory. Mikoto ended the series with a clean 8/0/12 KDA, while Mikoto and Saieful “Fbz” Ilham on Mars pitched in a combined 20 kills against 8 deaths.

Neon kicked off the second series of the day with a fast-paced, hyper-aggressive lineup headlined by a tri-core of Riki for Gabriel “skem” Ong, a mid Earth Spirit for Erin Jasper “Yopaj” Ferrer, and an offlane Chen for Rafael “Rappy” Sicat Palo. Geek Fam countered with their own tri-core of Gyrocopter for Marc Polo “Raven” Fausto, Dragon Knight for Karl “Karl” Jayme, and Mars for Carlo “Kuku” Palad.

Neon was in control for much of the game, as Yopaj put on an excellent performance with his Earth Spirit and shut down Geek Fam during the teamfights. However, Geek Fam took advantage of an ill-advised buyback by Yopaj by taking him down and ending the game shortly after.

Neon shook off their loss in game one and ran a heavy-push lineup to close out the series, with skem on a carry Chen, Yopaj on a mid Tiny, and Rappy on Venomancer. Geek Fam could do little to stop their opponents’ relentless push, which started before the game even hit the 10-minute mark.

Neon was able to end the game in just 20 minutes, the quickest victory of the league so far. Skem finished the game with a perfect 11/0/11 KDA on his carry Chen, with Yopaj pitching in 10 kills of his own against just one death.

Execration has withdrawn from the league. All of their remaining matches have been forfeited and their opponents awarded 2-0 victories and three points. Results from matches already played will stand.

Fnatic jumped to second place in the group stage standings with 10 points from three series wins and their tie with BOOM Esports.

BOOM and Neon are tied for fourth place with 6 points apiece. However, BOOM has the edge as their points are from one series win and three ties while Neon got theirs from one win, three ties, and one loss.

Finally, Geek Fam are tied with Team Adroit for eighth place with 4 points from one series win and one tie.

Here are the full standings after Day 3 of Week 2 of the ONE Esports Dota 2 SEA League Group Stage: