The reigning TI champs will return to the DPC for the Los Angeles Major. 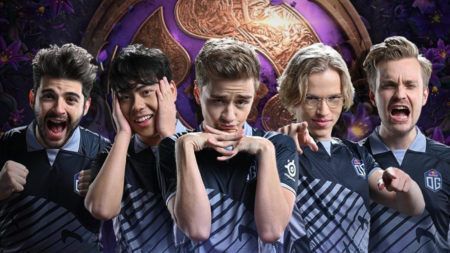 Two-time The International (TI) defending champions, OG, have announced that they will finally be making their return to the Dota Pro Circuit (DPC) at the qualifiers for the ESL One Los Angeles Major in February.

Following their 3-1 victory over Team Liquid in the Grand Finals of TI9, OG has been taking an extended break from competitive play, missing out on the first two Major cycles of the 2019-2020 DPC season.

The team will have to fight their way through the Open Qualifiers first before they can participate in the Major’s Regional Qualifiers due to DPC rules.

OG’s players have not been completely idle during their break however, as Team captain, Johan “N0tail” Sundstein, and offlaner, Sébastien “Ceb” Debs, have been coaching OG Seed, a newly formed secondary squad under the organization’s banner.