His replacement has not been announced yet. 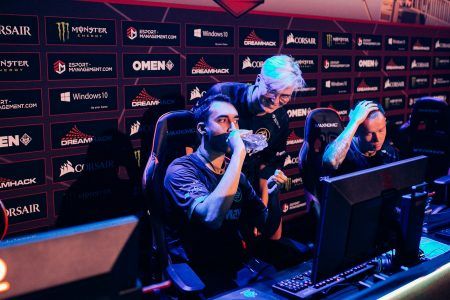 Ninjas in Pyjamas has decided to release Saahil “Universe” Arora from their Dota 2 roster.

NiP made the decision because the European organization expects the Dota Pro Circuit to shift into becoming regional league competitions.

The team is now focused on restructuring their lineup with players that are in the European region so that they can continue to practice and compete together.

“The prevailing situation in competitive DotA forces us all to reevaluate how to run a team and requires a more regionalized approach for the foreseeable future. Saahil has been a loyal and solid player for NiP, and any team would be lucky to host his commitment to the grind. Good luck, Saahil. It’s been a pleasure to have you with us.”

NiP hasn’t named a replacement or stand-in to that will take Universe’s support role in the team. Universe last played for the team in early February when they upset the other well-established European Dota 2 teams to qualify for the ESL Los Angeles Major.

But with the third DPC major of the season being postponed and the tournament shifting towards online play, NiP has brought in Evil Geniuses’ offlane player, Roman “Ramzes666” Kushnarev, as they compete in the ESL One Los Angeles 2020 Online league for the Europe and CIS region.