TNC sweep aside the Minor champions for a rematch with Vici Gaming. 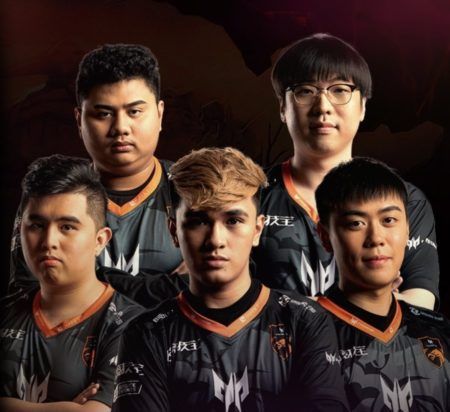 Southeast Asian powerhouse TNC Predator took care of business against Minor champions Invictus Gaming (IG), 2-0, in the Lower Bracket Finals to proceed to the Grand Finals where a rematch against the Chinese favorites Vici Gaming (VG) awaits them.

TNC opened the series by running the Morphling-Earthshaker combo again for Kim “Gabbi” Villafuerte and Park “March” Tae-won, with Armel Paul “Armel” Tabios on a mid Puck, and Damien “kpii” Chok on Abaddon.

IG looked to counter the Morphling with Jin “flyfly”‘ Zhiyi on Faceless Void, Zhou “Emo” Yi on a mid Tiny, and Thiay “JT-” Jun Wen on an offlane Ancient Apparition.

TNC had a much better start for their Morphling-Earthshaker strategy in this game compared to the one they had against VG in the Upper Bracket Finals, as they won all their lanes and were the ones putting the pressure on their opponents.

Since Gabbi was not under much pressure to start carrying his team as soon as possible, he was able to build other core items like Yasha and Morbid Mask before getting Aghanim’s Scepter to better help his team in fights. This paid off as TNC were able to turn the tables on IG’s attempts to be aggressive around the map.

Once Gabbi did get Aghanim’s Scepter however, TNC threatened to take Roshan in order to force a fight. IG responded in kind by using Smoke of Deceit to approach TNC’s position around the pit, but the Southeast Asian squad was able to outmaneuver their opponents to win the fight. With the Aegis in hand, TNC snowballed their way through IG’s lineup by taking back-to-back pickoffs on four of their heroes to break their base wide open and claim a quick game one.

IG looked to bounce back in game two by picking up the Morphling themselves for flyfly, with Emo on his signature Storm Spirit and JT on an offlane Sand King.

Meanwhile, TNC opted for a strong midgame lineup with Gabbi on Bristleback, Armel on Outworld Devourer, and kpii on Omniknight.

TNC had a significant gold lead coming out of the laning phase, as they put IG’s cores under a lot of pressure while theirs were able to get good farm to build up their core items in time for their midgame push. The Southeast Asian squad then claimed Roshan by the 19-minute mark and proceeded to mount an offensive that easily took two lanes of barracks from an IG team that could do little to stop their deathball.

Down two lanes and a lot of gold and experience, IG desperately ventured out of their base to get pickoffs on TNC’s heroes to try and get themselves back in the game. That only gave TNC the opening they needed to secure the series sweep however, as IG called GG after 32 minutes.

With their win, TNC secure a Top 2 finish at the Major along with US$160,000 and 3,000 Dota Pro Circuit (DPC) points — which should guarantee that the Southeast Asian squad will be among the first teams to secure one of the coveted direct invites to The International 2020 (TI10).

Of course, TNC still have their eyes set on claiming their organization’s first Major championship. Standing in their way is a daunting VG squad, who defeated them, 2-0, in their last encounter in the Upper Bracket Finals.

Meanwhile, IG bow out at 3rd place in the Major, with US$110,000 and 2,100 DPC points in hand. While their finish at Chengdu surely falls short of their expectations, it’s still a very impressive showing for a team that had to qualify for the Major by winning the Dota Summit 11 Minor first.