Vici Gaming continues their winning ways during the first DPC Major of the season. 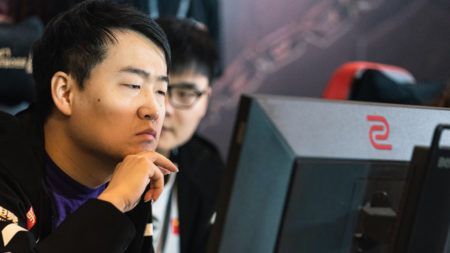 MDL Chengdu Major, the first DPC Major of the 2019-2020 season began today and three top-tier teams from Group B showcased high-level Dota 2 action. Vici Gaming, Fnatic, and Alliance are all considered to be favorites of the tournament. But, only one team was able to secure an Upper Bracket berth after Day 1. Here’s how Group B unfolded.

Alliance won the first game for Group B after charging down the top lane and taking complete control of the Radiant Base. Fnatic hoped that Djardel “DJ” Mampusti’s Leshrac’s split-push would be enough to force Alliance to teleport back to defend their base. Instead, Alliance went straight for the Radiant Ancient with a smart Desolater pick up and won game one.

During game two, Fnatic decided to go with the Morphling-Earthshaker combo. Nuengnara “23savage” Teeramahanon is a well-known Morphling player, and had an impressive DPC Major debut by helping Fnatic even the series 1-1.

The third game of the series was a lot more even, with both teams winning their fair share of team fights. But, at the 44-minute mark, Fnatic made a bad call by forcing a team fight in the middle-lane while their opponent, Nikolay “Nikobaby” Nikolov had a double-damage run active on his Gyrocopter. With no buybacks left, Fnatic was forced to tap out of game three.

After losing the first game to VG, Team Spirit fired back with an impressive performance despite having four melee heroes in their lineup.

During game three, Zhou “Yang” Haiyang was able to turn a crucial team fight into VG’s favor after landing a clutch three-man Burrowstrike-Epicenter combo that put Team Spirit behind. VG continued to build on their lead and Team Spirit eventually had to call good game.

Alliance surprised Vici Gaming during game one by preventing Zhang “Eurus” Chengjun’s Gyrocopter from properly farming. Because of this, VG lacked the damage to win team fights, which gave Alliance a 1-0 advantage.

In the second game, Alliance picked Drow Ranger, Broodmother, and Gyrocopter — a lineup that lacked control and initiation. As a result, VG easily picked off Alliance’s core heroes with ease and evened the series 1-1.

VG was able to win their final game of the day after an intelligent Sniper counter-pick against Alliance’s melee-heavy lineup. With Eurus and Yang front-lining for Zeng “Ori” Jiaoyang, Alliance failed to eliminate key targets to win team fights.

VG has now advanced to the Upper Bracket of the Playoff Stage after taking the top spot of Group B.

The remainder of Group B’s matches will be played tomorrow, where Alliance awaits the winner of the lower bracket match between Fnatic versus Team Spirit.