Team Liquid vs Alliance is set to be an epic match-up. 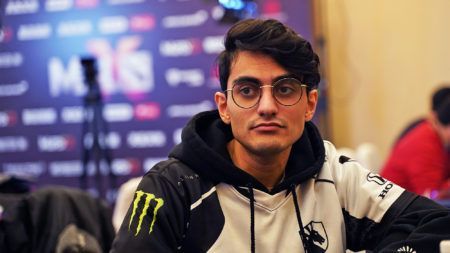 Call it a rivalry if you like, but the battle between the former Alliance squad (the new Team Liquid) and the new Alliance team is really all about the confidence both team captains have.

“It’s our former org, but there’s no beef or problems — they are our good friends, they took care of us for two years and they were amazing to us,” said iNSaNiA.

He also added that while they were “scary opponents” to go up against, it was a good feeling to have.

“It’s fun to play against strong teams, and when they are your friends, it’s even better — oh! We’re going to beat them,” he added.

Meanwhile, on Alliance’s side of things, veteran captain, Adrian “Fata” Trinks was also brimming with confidence, telling ONE Esports that their tournament run is getting better, despite having fallen to the lower bracket.

“I’d say we are quite confident, and we have adjusted a lot in the tournament, and we’ve figured things out by going to the lower bracket by losing to Vici Gaming and TNC Predator,” said Fata.

Fata was also quick to point out that Alliance had a good chance of beating Liquid, and he respects them as a team.

“I’m sure they will do a lot of prep against us and we just gotta see,” he added.

Alliance versus Team Liquid is set to take place on November 22 at 12 p.m. GMT +8. It promises to be an epic match regardless of who wins, with the victor set to meet Evil Geniuses, who have had a pretty good run at the tournament so far, only falling to Chinese giants Vici Gaming.