This is why Jabz wanted to go back to the position 4 support role. 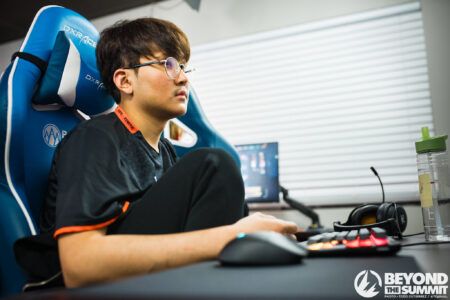 After finishing with a nearly perfect 17-1 record in the group stage of the BTS Pro Series Season 3: Southeast Asia online tournament, Among Us faced the surging Motivate.Trust squad in a best-of-three upper bracket quarterfinal match to open the playoffs.

In the first game of the series, Among Us’ support player, Anucha “Jabz” Jirawong — who is now performing in his desired role as a Position 4 support — surprised Motivate.Trust in game one of the series with a game changing play.

Motivate.Trust’s Thai squad took the early lead from Among Us, after winning the laning stage by taking a 13-7 team kill advantage. But, at the 23-minute mark of the game, Jabz dropped a 4-man Echoslam inside the Rosh Pit that completely turned the tide of the game towards Among Us’ favor.

While Motivate.Trust were trying to take down Roshan, former Geek Fam hard support player Matthew “Whitemon” Filemon caught the Dire team right by the entrance of the Rosh Pit with his Grimestroke’s Stroke of Fate. This effectively slowed Motivate.Trust.

It also gave Jabz the perfect opportunity to blink in and use his Echo Slam, which dropped four enemy heroes below half HP. And, with Motivate.Trust in full retreat, Abed “Abed” Yusop and Nuengnara “23savage” Teeramahanon cleaned up the remaining enemy heroes, and secured Roshan and the Aegis.

Among Us would eventually win the series 2-1 after a dominating Game 3 performance with a 32-6 team kill advantage. Abed came up big in the final game of the series with a 12/1/15 KDA record on his Ember Spirit, while Jabz made plays all over the map with his Mirana that had a 5/0/21 KDA stat line.

With their 2-1 win over in the quarterfinal, Among Us is now set to face the winner of the other quarterfinal match between BOOM Esports vs TNC Predator.

Meanwhile, Motivate.Trust is still in the competition and is set to face Neon Esports in a lower bracket elimination match.

To watch the games live, tune in to BeyondTheSummit’s Twitch channel.