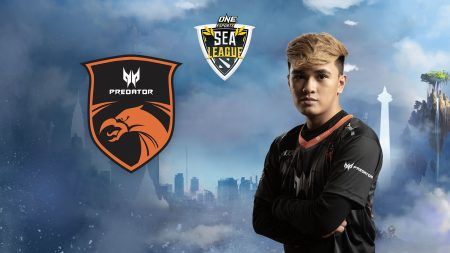 Day 1 of the ONE Esports Dota 2 SEA League Playoffs ended with TNC Predator scoring an impressive 2-0 series victory against Geek Fam, securing the Filipino squad a spot in the Upper Bracket Final against Fnatic.

TNC Predator was on the verge of taking a 1-0 lead over Geek Fam after the team gained a massive 26,000 gold lead advantage, along with claiming most sets of barracks from the Dire base.

However, after a timely gank on Kim “Gabbi” Villafuerte’s Morphling and Damien “kpii” Chok’s Ogre Magi in the midlane, Geek Fam would follow up with an impressive Dire base hold that eliminated four TNC heroes and chipped away at their gold and experience lead deficit.

TNC eventually took back control of the game after Geek Fam was unable to burst down the enemy’s support heroes. Marc Polo Luis “Raven” Fausto’s Troll Warlord lost the hard carry battle to Gabbi’s Morphling as both heroes targeted one another.

With Raven’s abilities and items spent, he was then stunned and eliminated from the team fight. The game reached its conclusion once TNC claimed Raven’s Divine Rapier for themselves, on top of Gabbi’s newly acquired Trident — one of the best tier 5 neutral items in the game.

After giving Geek Fam an opportunity to pull off the craziest comeback game of the tournament to date, TNC decided to play the next game much safer. Armel Paul “Armel” Tabios, on his midlane Earth Spirit, helped TNC equalize the game with his opportunistic Rolling Boulder jump-ins and Magnetize ultimate.

TNC also made the proper adjustments based on their game one performance, and focused on chaining their abilities together to lockdown Geek Fam’s heroes.

Geek Fam would be given another prime opportunity to score a comeback after taking down Gabbi’s Naga Siren, and immediately tried to claim the Aegis of the Immortal for Raven’s Lifestealer. Instead, TNC was able to buy enough time for Gabbi to respawn, which forced Geek Fam into retreating and ridded their Radiant base of Dire creeps.

TNC set their sights on Geek Fam’s remaining set of barracks. During TNC’s Radiant base siege, Geek Fam used up all their abilities to bring down Gabbi’s Naga Siren. But, they were unable to sustain their damage output against the rest of TNC’s heroes, and were ultimately forced to accept defeat.

TNC Predator’s 2-0 series win over Geek Fam has secured them a spot in the Upper Bracket Final, where they’re set to face their Southeast Asian rivals, Fnatic. The highly-anticipated match will take place on July 18.