Flower Gaming defeats PG.Barracx to qualify for the ONE Esports Dota 2 SEA League

The ONE Esports Dota 2 SEA League now has its first full Malaysian team. 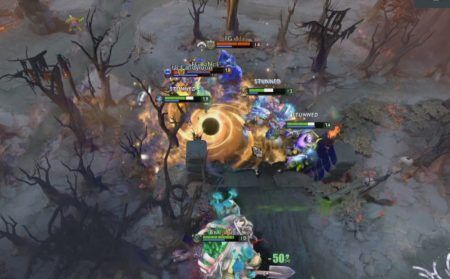 Malaysian team, Flower Gaming, has secured the first qualifier spot in the ONE Esports Dota 2 SEA League after they defeated Indonesian squad, PG.Barracx, in the first semifinals match of the event’s first qualifier.

The first two games of the series went back and forth, with Flower Gaming taking game one and PG.Barracx taking game two.

In game three, PG.Barracx opted for a strong tri-core of Faceless Void for rushman, Templar Assassin for azura, and Legion Commander for mydearest. Vinz and Juju comprised the team’s support duo as Earthshaker and Undying, respecitvely.

Flower Gaming opted for an unusual four-protect-one draft headlined by Troll Warlord for Hsien Wan “LaNcE” Fua. Yi Liong “ddz” Kok was put on a mid Tiny, Ho Wei “Candyloon” Loon was on an offlane Enigma, Ng “YamateH” Wei Poong was on a support Queen of Pain, and Choo Jian “MoZuN” Goh was on Bane to back up their carry.

PG.Barracx handily won the laning phase and were looking dominant well into the midgame. However, Flower Gaming blew the game wide open after Candyloon caught four enemy heroes with his Black Hole, which allowed YamateH to follow up with Sonic Wave and LaNcE to clean up the rest.

While PG.Barracx were able to win the next couple of engagements, their lead started to slip away while Flower Gaming was beginning to gain some much-needed momentum.

LaNcE’s Troll Warlord was eventually able to become the most farmed hero in the map and, together with ddz’s Tiny, dominate PG.Barracx in the ensuing clashes.

Candyloon would later come up clutch in the deciding clash of the game, as he caught both PG.Barracx cores with another Black Hole. That allowed Flower Gaming to force the GG call from their opponents after 46 minutes to cap off their comeback victory. LaNcE notched a game-high 17 kills against five deaths to lead his team to a 2-1 series win.