Eternal Envy is back in the roster-shuffle spotlight and, this time, he’s bringing Sneyking with him. 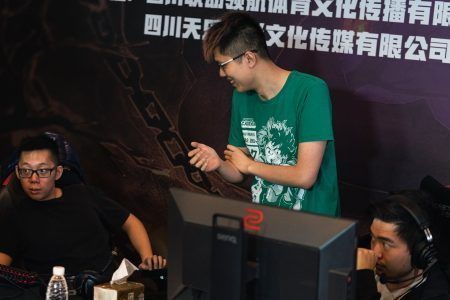 The announcement was made as the team prepares to compete at StarLadder ImbaTV Dota 2 Minor Season 3, which is set to take place on March 5.

MoonMeander added that the team is still looking for stand-ins for the third Minor of the season.

Both Eternal Envy and Sneakying announced their departures on their respective social media pages. They will reveal more information about their decision in the near future.

The Fighting PandaS squad has been together since the start of the 2019-2020 Dota Pro Circuit season and found some success in the North American region. The team finished 9-12th place in the MDL Chengdu Major, and placed fifth-sixth in the WePlay! Bukovel Minor.

The team’s roster shuffle comes as a shock since there have been no rumblings of in-fighting by the players. Eternal Envy, however, is a player known for his unstable nature.