Dota 2 turns 7: A look back at the 5 biggest changes in the game’s history

Dota 2 has come a long way since its beta phase ended seven years ago, here are the five biggest changes to the game since then: 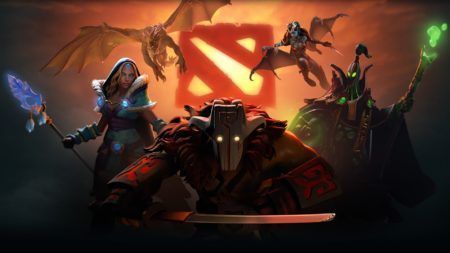 It has now been seven years since the Dota 2 beta phase officially ended back on July 9, 2013. The game has grown and changed massively since then, eventually becoming one of the biggest esports titles in the world.

Let’s take a look back at the five biggest changes to come to the game in the last seven years:

5. The Bounty and Arcane Runes

The Runes have been a part of the game since the DotA Allstars era, when Icefrog first took over as the main developer of the original Warcraft III mod way back in 2005. The first version of DotA Allstars, 6.00, released in March of that year, only had four Power Runes, namely Double Damage, Haste, Invisibility, and Regeneration. The Illusion Rune was added three months later in patch 6.09.

The Runes became a major factor in the game, especially during the laning phase, when version 6.33 was released June 2006. That update first introduced the Bottle, which became the must-have item for midlaners in DotA for the better part of a decade.

The Runes remained unchanged until September 2014, over a year after the Dota 2 beta ended, when the 6.82 patch first added the Bounty Rune. The Bounty Runes quickly became an important objective in the game, to the point that it has been tweaked multiple times since its initial release in order to balance how much it has impacted the game.

The fifth Power Rune, the Arcane Rune, was introduced in version 6.86 on December 2015 and gave spell-focused mids and supports a rune of their own to play with.

As one of the more monolithic features of the game since its earliest days, Icefrog left the Runes virtually untouched for the better part of the decade. But with the end of the Dota 2 beta, the game’s enigmatic developer began to slowly implement more and more innovations in the game, starting with the Bounty and Arcane Runes.

By the time the Dota 2 beta ended, there were already around 120 items in the shop that players could purchase to prepare their heroes for battle. However, it took a year and two months before a new item, the Crimson Guard, was added to the shop in version 6.82.

The newest shop items, Blitz Knuckles and Voodoo Mask, were added in the most recent 7.27 update at the end of last month.

A number of the items that Icefrog introduced over the years notably introduced new mechanics that added all-new dimensions to Dota 2’s gameplay. Perhaps the most notable example of such items was the Octarine Core, which first introduced the cooldown reduction and spell lifesteal mechanics to the game.

The Outlanders Update, released in late November last year, was arguably the most massive update to Dota 2 thus far. Among the many sweeping changes introduced by that update, one of the biggest was the addition of the Neutral Items. They not only gave neutral creeps an added importance other than just being another source of gold and experience, but also made life easier for support players who especially loved all the free items that they were able to get.

There were a total of 62 unique neutral items during their initial release, though some of them has since been removed for balance reasons. While it was one of the more divisive additions to the game for a long while, it stands as one of the foremost examples of Icefrog innovating on existing mechanics to add further depth to the game since the beta ended.

2. Hero Talents and the Backpack

For the longest time, the late game potential of most heroes in Dota was limited by their inventory only having six slots. On top of this, intelligence heroes were additionally hindered by the fact that the damage of their spells didn’t scale into the late game, unlike the physical damage of right-click carries.

Those were caused by the limitations of the Warcraft III engine that the original DotA mod was played on, but was generally accepted as a ‘feature’ by most of the community. But that changed on December 12, 2016 when the 7.00 update for Dota 2 was released, which introduced hero talents and the backpack to the game.

Talents allowed virtually allowed all of Dota’s heroes to scale well into the late game while incentivizing use of differing playstyles for each hero. The Outlanders Update also further built upon that aspect of the mechanic by having all heroes automatically learn all their talents upon reaching the new level cap at Level 30.

Meanwhile, the Backpack allowed players to make the most out of their gold and items, especially in the late game. This was also further built upon by the 7.20 update released on November 2018, and the 7.24 update released in January this year. The former added a new dedicated inventory slot for Town Portal Scrolls while the latter did the same for neutral items.

Of course, the thing that every Dota player looks forward to in a patch is the release of a new hero. After the original roster of 112 heroes from DotA Allstars was ported over to Dota 2 by the end of the beta, Icefrog set his sights on adding new and original heroes to the game.

The first new hero to arrive in Dota 2 was Monkey King, who was released in the 7.00 update on December 2016. Monkey King’s release also started the tradition of new heroes being introduced during The International (TI).

The next ones to arrive were Dark Willow and Pangolier in the Dueling Fates update, which was released on October 2017. On August 25, 2018, the last day of TI8, Grimstroke was released while Mars’ arrival was teased, though he didn’t arrive to the game until the 7.21c patch was released on March 2019. Finally, Void Spirit and Snapfire increased Dota 2’s hero roster to 119 when they were introduced with the Outlanders Update last November.

Dota 2 has come a very long way since its humble beginnings as a Warcraft III mod, to the end of its beta phase seven years ago, to what it is now. And there’s still so much more to look forward to in the coming years.