Dota 2 patch 7.25 breakdown: Everything you need to know

All pick gets reworked, Snapfire and Void Spirit get Aghanim’s Scepter upgrades, and more. 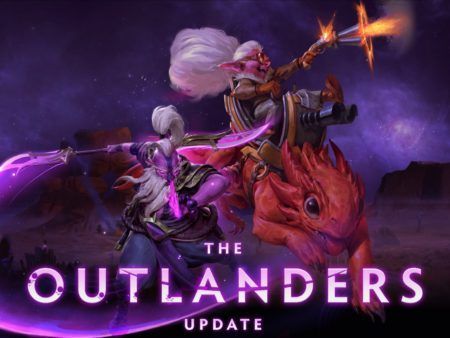 The latest update for Dota 2 has been released, and patch 7.25 brings with it reworks to All Pick and Captain’s Mode, adds Aghanim’s Scepter Upgrades for Snapfire and Void Spirit, and features reworked Scepter upgrades for a number of other heroes, item tweaks, and much more.

7.25 comes less than a month since the last patch, 7.24b, with the early release likely attributed to the postponement of the ESL One Los Angeles Major, since big patches are usually released shortly after a Major concludes.

Read on for a breakdown of the major changes in the patch:

All Pick now has five rounds of picking, with Radiant and Dire picking one hero each at the same time, with the hero selections from each side hidden until the next round. If two players end up picking the same hero, then the player who picked it second will be given extra time to select another one.

Bans in All Pick now have a 50% chance of succeeding, instead of just half of the voted heroes being banned as in previous patches. If less than 10 heroes are banned, then heroes will be automatically banned based on their particular ban rate at the given match’s MMR bracket.

Captain’s Mode six total ban counts have been redistributed, with the first phase now having four bans compared to three previously. The second and third phases of bans will now have two each, instead of the second phase having two and the last phase having one as before.

Meanwhile, the hero pool for Random Draft has been significantly reduced from 50 heroes to just 40.

Power Runes (Double Damage, Haste, Regeneration, Invisibility, Illusion, Arcane) now start spawning later at the 4-minute mark, though subsequent spawns are still every two minutes. In addition, Power Runes will no longer start spawning on both sides of the map once a game reaches 40 minutes.

The team-based rubber band mechanic for hero kills, which made hero kills more valuable if said hero ranked highly in terms of net worth and is in the team that held the gold advantage, has also been removed.

Tier 1 neutral item drop rates have been increased from 10% to 14%, while the Radiant Ancient creeps have been made easier to stack.

Fountain farming has also been a made a bit riskier as Fountains now have their attack damage increased from 275 to 300.

Getting the Scepter for Snapfire gives her an additional ability called Gobble Up, which allows you to swallow an allied creep or hero and spit it towards enemies as if it was a projectile from her Mortimer’s Kisses ultimate. Upon landing, the creep or hero will stun enemies in a 400 radius for 1.5 seconds and leave a glob on the floor that deals 300 damage over 3 seconds.

The intended projectile can stay in Mortimer’s belly for up to 3 seconds before being fired. Gobble Up has a 150 cast range and a cooldown of 40 seconds.

Meanwhile, getting the Scepter for Void Spirit makes his third ability, Resonant Pulse, a charge-based ability with two charges that also silences any enemy hero hit on top of its innate physical damage absorption effect.

Bounty Hunter, Dazzle, Juggernaut, and Spirit Breaker have also had their Aghanim’s Scepter upgrades reworked, while Mars and Terrorblade had theirs tweaked.

Bounty Hunter’s Scepter upgrade now applies Jinada to Shuriken Toss, increases its cast range to 650, and lowers its cooldown to 6 seconds. Shuriken Toss’ base mana cost has also been rescaled from 135 to 120/125/130/135.

Getting the Scepter for Juggernaut grants him an additional ability called Swift Slash, which lets him perform a mini-version of his Omnislash ultimate that lasts 0.8 seconds. It has a 650 cast range, 100 mana cost, and a 15-second cooldown.

Meanwhile, Spirit Breaker’s reworked Scepter upgrade increases the movement speed granted by his Charge of Darkness ability by 100 and reduces its cooldown to 6 seconds when maxed out.

Mars’ Scepter Upgrade now always lowers the cooldown of God’s Rebuke to 3.5 seconds instead of its previous 1.4-second cooldown only when used inside Arena of Blood.

Terrorblade’s Scepter upgrade now makes his Fear Wave a standalone ability with a 90-second cooldown gained while in Metamorphosis, instead of being automatically cast when using Metamorphosis as before.

In addition to those Scepter-related hero changes, Dark Seer, Pugna, and Ursa had the effects of some of their abilities tweaked.

Dark Seer’s Surge ability now gives a flat bonus 250 movement speed instead of increasing its target’s movement speed by 70% as before. While the ability is stronger early, the cooldown on its first level is much longer after the overall cooldown was increased from 16/14/12/10 to 19/16/13/10 seconds.

Pugna’s Life Drain ultimate had its damage reduced from 175/275/375 to 150/225/300 and had its break distance reduced from 1000 to 900, but its cooldown has been heavily reduced to just seven seconds. Getting Aghanim’s Scepter will now also increase Life Drain’s damage to 200/300/400 on top of removing its cooldown outright.

Meanwhile, Chaos Knight, Ember Spirit, Luna, Lycan, and Weaver received significant buffs while Batrider and Gyrocopter were nerfed. A majority of heroes also had the effects and bonuses from their talents tweaked.

Players need to start making better decisions on when to use their Town Portal Scrolls as the ever-essential item had its gold cost increased from 50 gold to 90 gold.

Boots of Travel has also been reworked and no longer has an active ability. Instead, it now upgrades Town Portal Scrolls while equipped by reducing their cooldown to 40 seconds, allowing them to target units, and making them not consume a charge upon usage. Boots of Travel’s bonus movement speed has also been increased from 32/35% to 38/44%.

Two of the most popular offensive items in Bloodthorn and Nullifier have also been reworked.

Bloodthorn no longer requires Crystalys to build and as such has lost its passive critical strike chance and had its bonus damage reduced from +75 to +30. Instead, the item now requires Hyperstone and had its attack speed bonus increased from 30 to 85.

Silver Edge has been buffed as it now reduces the effects of regeneration and heals on its target by 50% on top of applying a Break effect.

Meanwhile, support items such as the Observer Wards, Force Staff, Hurricane Pike, and Glimmer Cape have been nerfed.

While Observer Wards can still be bought for free, the area of vision it grants has been reduced from 1600 to 1400. Force Staff, Hurricane Pike, and Glimmer Cape all had their cast range nerfed to 550.

In addition to those item changes, Headdress of Rejuvenation, Ring of Basilius, and Buckler no longer require an Ironwood Branch as a component and have subsequently lost their +3 bonus to all stats. The same applies to the Pipe of Insight, which has the Headdress as one of its components.

Vanguard also no longer requires a recipe to build, which subsequently added an additional 200 gold to the costs of the recipes for Crimson Guard and Abyssal Blade.

For the full list of changes, check out the patch notes here.