The team will need to defeat Reality Rift if they hope to qualify for the ONE Esports Dota 2 Jakarta Invitational. 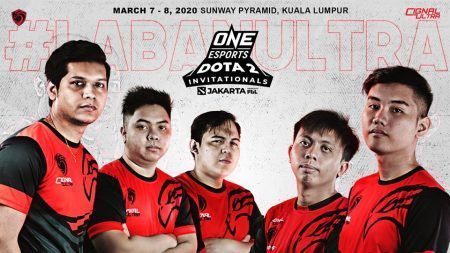 As the winners of the ONE Esports Dota 2 Jakarta Invitational Philippines Online Qualifier, Cignal Ultra, will be competing this weekend at the Malaysia Regional Qualifiers.

ONE Esports caught up with the team to see how their preparations are going.

“We’re excited to play the event. We’ve been scrimming every day in preparation. The other three teams all have very different playstyles so we think it will be interesting,” said the team. “But we’re looking forward to playing against Reality Rift the most.”

Catch Cignal Ultra in action this weekend at the Malaysia Regional Qualifiers at the Sunway Pyramid in Kuala Lumpur.

If you can’t be there in person, all the action will be streamed on the ONE Esports Twitch, YouTube, and Facebook pages.