Vici Gaming and Team Aster are producing consistent results at the Chinese regional qualifiers this season. 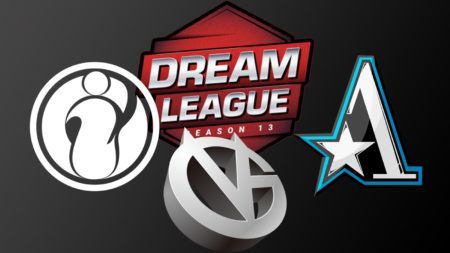 The best teams in the Chinese region battled it out to see which three teams would be at the second Valve Major of the DPC season. Like the previous qualifier, 10 teams were split into two groups, where they all had to play each other in a best-of-two round-robin format.

Group A consisted of EHOME, Vici Gaming, Look For Smile, Newbee, and Dark Knight. EHOME topped the group by earning an impressive 7-1 record, while VG secured the runner-up spot by finishing with a 6-2 score.

Meanwhile, Group B included Chinese organizations: Team Aster, Invictus Gaming, CDEC Gaming, Royal Never Give Up, and Revive. Team Aster took the top spot of their group by finishing with a 6-2 record, while Invictus Gaming earned a second-place finish with a 5-3 final score.

The first Chinese team to punch their ticket to the Leipzig Major was VG after they took two convincing victories over Team Aster.

During the first game, VG’s Night Stalker and Keeper of the Light lineup dominated Team Aster during crucial team fights. Zhang “Eurus” Chengjun stalked the opposing Dire heroes all game and secured a 1-0 lead for his team.

In the following game, Team Aster struggled once the game hit the later stages. Their Brewmaster pick failed to make an impact and their Morphling hard-carry could not deal enough damage to hinder VG’s heroes.

The second team to advance to the Leipzig Major is iG. The Dota Summit 11 champions were able to win a team fight at the Rosh Pit, which gave them the game three victory over EHOME.

The final team to qualify from the Chinese region is Team Aster after they take a quick 2-0 victory over EHOME. Team Aster was able to nullify EHOME’s Lycan and Sven lineup with their Dragon Knight and Gyrocopter draft.

Team Aster secured the series with a game two victory over EHOME. Lin “Xxs” Jing had an incredible performance by earning seven kills, 15 assists, and no deaths on the Puck during game two.