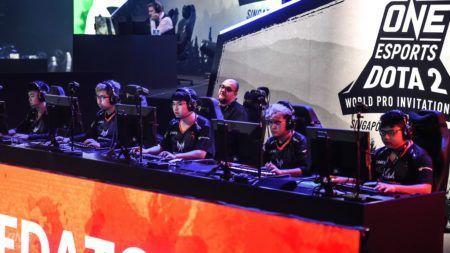 TNC Predator advanced to the Upper Bracket Finals of the BTS Pro Series: Southeast Asia tournament after beating fellow Filipino squad Team Adroit, 2-0, on the first day of the Playoffs.

Both Armel Paul “Armel” Tabios and Timothy “Tims” Randrup put together superb performances in the first game of the series to fuel TNC’s victory.

Armel had an amazing start on his Templar Assassin by outplaying Nicholson “Mac” Villanueva’s Storm Spirit in the middle lane. Armel continued to make impact plays by focusing down Adroit’s support heroes with his Blink Dagger and Meld ability during pivotal teamfights.

TNC ended the first game of the series by punishing Adroit’s desperate attempts to initiate a fight just outside their base. Armel finished with a flawless 14/0/9 KDA, while Tims recorded a clean 5/0/19 KDA himself.

It only took TNC 24 minutes to win game two and advance to the Upper Bracket Finals, where they’re set to take on tournament favorites Fnatic in a best-of-three series.

Meanwhile, Team Adroit dropped to the Lower Bracket where they will face Geek Fam in a best-of-three elimination match.