The veteran captain leaves due to real-life commitments and will be replaced by a promising support player from Peru. 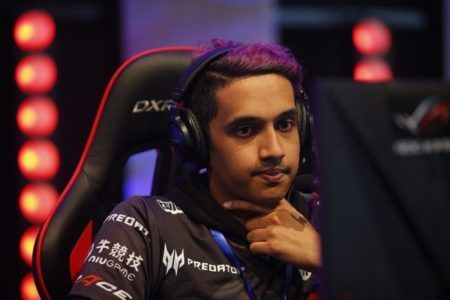 North American esports organization J.Storm has announced that Sivatheeban “1437” Sivanathapillai will be leaving their roster and will be replaced by Joel Mori “MoOz” Ozambela.

1437 served as J.Storm’s position-5 support and captain for The International 2019 (TI9) North American qualifiers, where they were edged out by the lineup of the now-defunct Forward Gaming.

The journeyman captain, who spent the last two years playing in Southeast Asia with TNC and Tigers prior to going back to North America, will be leaving J.Storm to get married this fall.

“Before I joined J.Storm I let them know that I won’t be able to continue on after The International as I have real life obligations coming up that will require me to stay close to home. As much as I wanted to continue this journey it just wasn’t possible for now,” said 1437 in a statement on his Twitter account.

Peruvian support player MoOz replaces 1437 in the team but will be taking on the role of position-4, with longtime veteran and TI5 champion with Evil Geniuses (EG) Clinton “Fear” Loomis moving to position-5 and taking over as captain instead.

MoOz is a player that has showed a lot of promise in the South American scene, with notable stints with Gorilaz-Pride and Infamous before moving to North America to play with Beastcoast — which he helped to a third place finish at the TI9 NA Qualifier.

With the earlier dissolution of CompLexity Gaming and the recent shakeup to the EG roster — as well as the state of the former Forward Gaming squad under Newbee still in flux — the North American Dota scene may be the wildest it has ever been.

J.Storm will surely be looking to challenge the seemingly monolithic hold that EG has had over the region for years now with their new lineup.