The uncap everyone’s been waiting for! 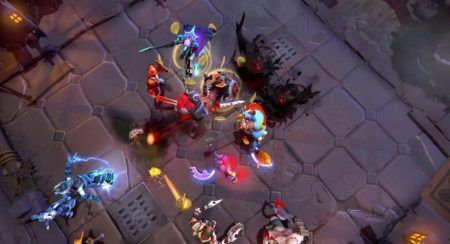 The prototype battle pass used in Dota Underlords, known simply as the Proto-Pass, is getting uncapped in the auto battler game’s latest update.

This means players can level up from the initial XP level 25 to level 99 with every daily challenge completed. Levels 1 to 25 offered cosmetic rewards such as sigils, banners, boards, and frames which can be equipped according to the player’s taste.

No details have been revealed about specific rewards that players will receive at the new levels 26 and above, however.

Players who have reached level 25 but were unable to gain additional XP before the update will be compensated properly according to the developers of the game.

The latest Underlords patch also made some hero changes on Arc Warden and Tidehunter.

From no ability cooldown, Arc Warden’s Tempest Double has been nerfed and now has a three-second cooldown when one of his clones die.

Mobile users are also getting an improved gaming experience through the new update. Underlords now lets players choose their preferred frame rate for the game, from the default 30FPS to 60FPS or 15FPS.

The full details of the update can be found on Dota Underlords’ Steam community page.