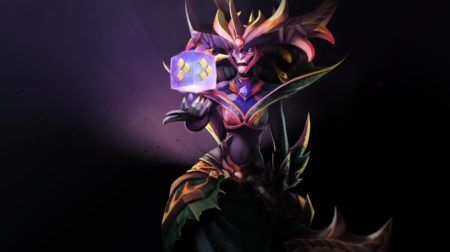 Players will unlock a new mechanic called “Ace effect” upon adding one of the Tier 5 units on the board. At least one level of the unit’s associated alliance is required to activate the effect.

Here are the Ace units and their respective effects on each alliance:

Contraptions behave like regular units but do not count against the hero cap. Four contraptions can be placed throughout the board, namely Barricade, Target Buddy, Healing Ward, and Tombstone.

Two Barricades can be used when players want to go defensive as it blocks enemies and ranged attacks.

Target Buddy, which is a replica of Tidehunter on a stand, acts as an additional unit that taunts and draws fire which is good for going offensive.

The Healing Ward restores 20 health per second to all friendly units within one cell.

Tier 4 Contraption Tombstone converts ally and enemy heroes to zombies upon death. For this to take effect, units should die within two cells of the Tombstone.

See details on other alliance and hero changes here.

READ MORE: Dota Underlords’ new Duos Game Mode will let you team up with a friend