Tier One Entertainment CEO, Tryke: ‘COVID-19 is a momentum-stopper’

Tier One has been working virtually since the start of the ECQ. 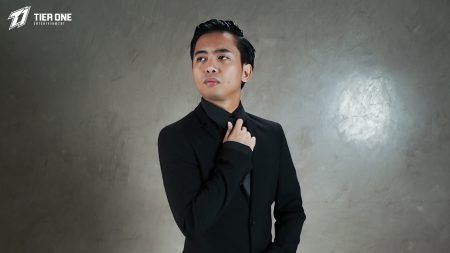 With the impact of the COVID-19 pandemic affecting and changing the world’s landscape, the esports industry is no different.

One of the biggest esports and gaming talent agencies in the Philippines, Tier One Entertainment, was also affected by the measures enacted by the government’s Enhanced Community Quarantine that has seen the city of Manila on lockdown since last month.

Given that most of esports is usually done online, it’s not a stretch to think that there wouldn’t be much of an impact for most of Tier One and their talents, but there were definitely challenges that the agency had to overcome to make this work.

“This is a momentum- stopper — the world is entering a global crisis and as much as the gaming industry might be one of the few that have been resilient in this pandemic, the rest of the world is going through a lot so you can never treat it as ‘business as usual,’” said Tryke Gutierrez, CEO and co-founder.

“We really have to wait for the whole world to settle down in this new reality and learn to face this as our new normal. We have to be agile to adapt and to make sure that we take care of our people’s welfare.”

When the lockdown was announced by Philippines President Rodrigo Duterte on March 12, Tier One had just three days to move the company’s operations online before movements were restricted on March 15. They did so by sending the team’s computers to their respective homes and pivoting the company to working virtually — not on corporate platforms such as Slack or Microsoft Teams — but on popular gaming communication platform, Discord.

Since then, the company has been keeping active in the community and has rallied online streamers for a charity stream called the Work from Home Cup to raise funds for the United Nations Foundation (UNF) and the World Health Organization (WHO).

“We are not an event organizer and most of them (teams) are actually competitors of our own esports team Blacklist International but the fact that they all agreed to do this shows that for a greater cause, the esports community can always set our differences aside,” said Gutierrez.

He added that he was thankful to the community and to all of the other top organizations who worked together on this, stating that while they may be competitors, it was inspiring for them to all come work together for a greater cause.

Lance “MRVii” Vicencio, a Tier One streamer and professional MLBB player said he has actually been “working harder” during the lockdown by hosting longer streams.

“I keep thinking of the people whose only means of entertainment are through my streams. So for those people, I want to give them a reason to stay inside their homes and be safe,” said MRVii.

READ MORE: Here’s how the gaming world has been helping in the fight against COVID-19