Riot Games is opening a Singapore studio later this year

The company is looking to fill key positions at the moment. 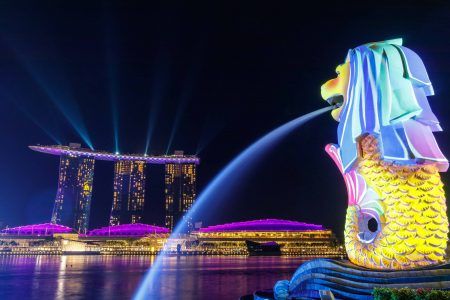 Riot Games is taking another major step in its expansion into Asia with a new game development studio in the works in Singapore, the company announced.

The planned facility will be the company’s second Asia-based studio after the Hong Kong office it opened back in 2016.

The new Singapore office will focus on creating new games while providing support for the ones already available. It aims to expand Riot’s presence in the Asian gaming market, with an ambition to “hyper-serve players” in this region.

Like the Hong Kong studio, the planned Singapore facility will work under the leadership of studio head Nathan Beemer.

“As we invested resources in the region, we recognized that launching a studio in Singapore while maintaining a strong presence in Hong Kong will accelerate the development of new games across the entire company,” said Chief Operating Officer Scott Gelb.

“Having multiple studios in Asia will enable us to grow our development teams while ensuring we continue to create awesome experiences for players.”

Riot’s Singapore Studio is slated to open later this year, with the company already looking to fill essential positions to work on League of Legends, Legends of Runeterra, Valorant, and Project L.