Encouraged by The Witcher’s success, perhaps? 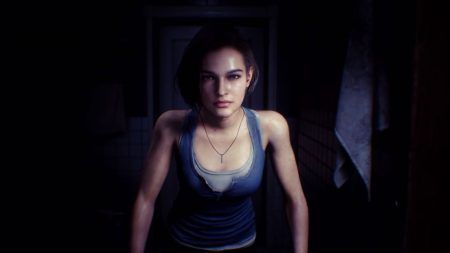 It looks like Resident Evil fans have something big to look forward to from Netflix in the months to come. Fans of the long-running sci-fi/action/horror franchise were abuzz over the weekend when an apparent leak hinted that a rumored series adaptation may be further along than anyone expected.

Resident Evil Wiki backed their screenshot with an web archive search result, courtesy of the WayBackMachine.

While familiar names like “Umbrella Corporation” and “T-Virus” appear in the synopsis, it’s worth noting that Clearfield, MD is mentioned as the show’s setting, instead of Raccoon City. The brief description also drops a major plot hint that the events of the show takes place 26 years after the T-Virus was discovered.

On one hand, this vague and notably short leak still leaves plenty to be desired. On the other, fans’ positive reception of Netflix’s adaptation of The Witcher could have given the folks behind the Resident Evil franchise enough motivation to follow suit.

News of a Netflix series adaptation first surfaced in January 2019, based on a report from Deadline.com. At the time, it was only known that Netflix and Constantin Film were “developing a scripted series based on the hit action horror franchise” with a plan to “expand the Resident Evil universe and deepen the existing mythology”.

Still, no cast, crew, or even showrunner has been attached to the rumored adaptation so far.

Other leaks have suggested, however, that the show is now in its pre-production stages, with filming only set to happen from June through October. Given that timeline, it may take until mid-2021 before we can see the final product on Netflix.

The Resident Evil video game franchise has seen its fair share of success as an adapted material, having launched a movie franchise in 2002. It has six full-length feature films that have earned a cumulative US$1.2 billion in global box-office revenues.

READ MORE: The CGI remake of Pokémon: The First Movie will be available on Netflix this February