Japan looks to integrate esports into economic plans through 2025

The Japanese government is recognizing the economic and social value of the esports scene. 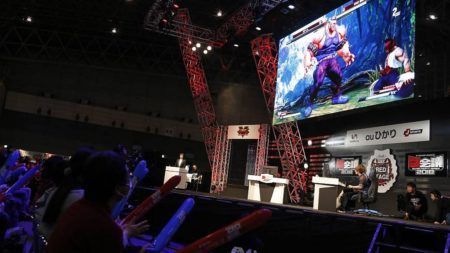 The Japanese government is looking to turn to esports as a means to revitalize regional economies and improve social participation among differently-abled individuals across the country.

By working closely with the esports industry and relevant parnters in the private sector, Japan’s Ministry of Economy, Trade, and Industry is targeting economic benefits worth JPY285 billion (approx. US$2.63 million) per year by 2025.

The Ministry will work with video game developers and publishers, esports organizations, and legal experts to generate guidelines that will direct and spur the growth of esports in Japan.

The lofty annual revenue target is expected to come from increased ticket sales, online viewing fees, advertising revenues, event hosting, and equipment supply businesses which will result from these collaborations.

A recent report from marketing research and news service platform, BNC Inc., noted how Japan’s esports market — worth JPY6.1 billion (US$ 56.2 million) in 2019 — has the potential to grow to JPY15.3 billion (US$ 141 million) by 2023. This is due to the anticipate quick adoption of the upcoming 5G network that promises faster connectivity and seamless content streaming.

It’s no secret that Japan is in an odd place in the esports field, considering how it is essentially the birthplace of video games. While various other countries and regions around the world has embraced this explosive gaming trend, Japanese gamers are generally focused on single-player titles.

Aside from Evo Japan, which only features one-on-one competitive fighting games, large-scale esports tournaments are few and far between in this country.

The Japanese government also highlights the important health and social benefits that esports can offer, recognizing previous and existing efforts made by local, private organizations.

Last year, Unsold Stuff Gaming organized the first-ever “eSports event for the Disabled” in Takasaki City, Gunma Prefecture. It had a prize pool worth JPY1 million (approx. US$ 9,200).

In Tokyo, a local organization called the Saitama City Citizens Social Network created a sub-group dedicated to organizing esports events for retired people, with the aim of improving their cognitive health. The group claims to be the first of its kind in the world.