The Project Tempo game streaming platform may take until next year to debut. 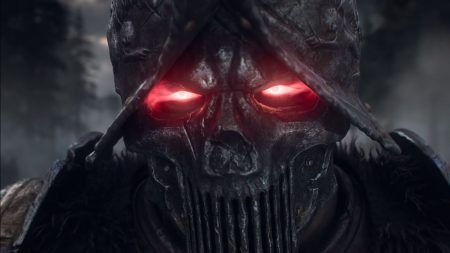 In the last year or so, cloud-based gaming has seen its fair share of champions and purveyors, with the likes of Google, NVIDIA, and Microsoft throwing their lot into this nascent space.

Amazon is looking to be the latest big name to jump onboard with its game streaming service — currently going by the code name Project Tempo — in the cards for an imminent launch.

If Amazon has its way, the platform will debut sometime within the year. However, due to current socio-economic uncertainties influenced by the unabated spread of COVID-19, industry pundits are predicting a roll-out as late as 2021, according to a report by The New York Times.

This does not, however, rule out the possibility of an official announcement within the year.

Project Tempo is just one of Amazon’s main strategies in the company’s push to establish a strong presence in the games industry. The leading internet enterprise is already venturing into the development of original games, as well.

Two titles are already expected to debut within the next few months. The first is Crucible, a sci-fi-inspired third-person shooter that is confirmed to launch in May.

A massively multiplayer online game called New World was also supposed to debut n May, but its official release date has already been pushed back to August — again because of the challenges of remote work arrangements posed by the coronavirus-related lockdowns.

A promising third project involves another MMO-style game featuring the Lord of the Rings mythos, but information about the game is still very limited.

To ensure that both titles can deliver realistic game graphics and render huge online battles, Amazon has already invested in the development of a game processing engine called Lumberyard. With this platform, Amazon is planning to leverage its own massive cloud services to power its multiplayer gaming experiences.

Amazon is also looking to tap into the global audience of Twitch video game streams. The company plans to innovate the Twitch experience by making streams not just a platform for watching video games, but also a means to play interactive games with the streamers themselves.

“We love this idea that you have a player, a streamer, and a viewer all sharing in this synchronous interactive environment of Twitch,” said Mike Frazzini, Vice President of Amazon Game Services and Studios.

The success of Amazon’s initial forays into the gaming industry will ultimately be determined by the quality of the products and services that it offers. Until the global health crisis is resolved, however, the company will need to navigate additional challenges before it can even make any sort of first impression.

READ MORE: Google Stadia is now free for everyone