Is Verdansk no longer a hot drop? 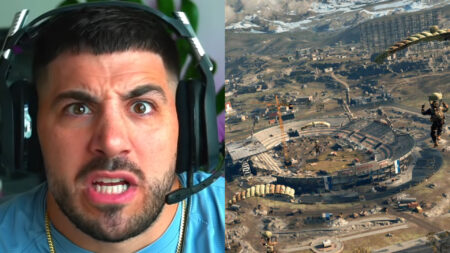 Streamer Nicholas “NICKMERCS” Kolcheff recently posted a video that talked about what improvements he would like to see in Call of Duty: Warzone.

One of the biggest points that he made in the video was that Warzone needs a brand new map alongside Verdansk.

With Verdansk being the go-to map ever since the game’s release, the streamer mentioned that dropping into the city doesn’t feel as special as before.

Why NICKMERCS wants a new map other than Verdansk in Call of Duty: Warzone

Season 3’s Verdansk ’84 was a significant update for Warzone, for it introduced a retro aesthetic and new locations on the map.

NICKMERCS thought that the revamp was a solid effort from the developers, and even mentioned Downtown Plaza as one of the cooler changes.

Season 4 went for a different approach to the map, implementing the teleporting Red Doors and satellite crash sites as more gameplay-centric additions. Regardless of these recent changes, he believed that it still felt like the same map.

“We need a change from Verdansk,” said NICKMERCS. “I think it was a swing and a miss.”

Warzone players have the option to drop into Rebirth Island, a smaller map that popularized the Resurgence game mode.

When talking about his hopes for a new map, NICKMERCS wanted something entirely different. “I want an island theme, with beaches, oceans, palm trees, and jungles. That’s what I want,” said the streamer.

Check out NICKMERCS’ thoughts in the video below:

READ MORE: MP5 or AUG? Swagg’s AUG class might be the best SMG build in Warzone